The science behind motivating your brokerage’s employees

Looking to truly motivate the employees at your brokerage?

Don’t focus on financial incentives; try giving them the opportunity to be really good at their jobs, have a say in their work and do work that is meaningful, advises Bruce Rabik, chief operating officer at Alberta-based Rogers Insurance. Rabik is in the unique position of being responsible for the day-to-day management of a Canadian brokerage as well as having a graduate degree in human resources management. 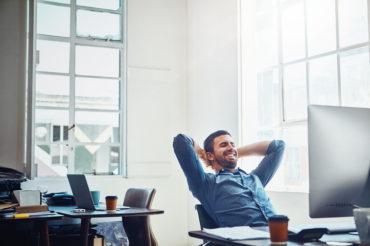 “You can have highly motivated employees,” he told Canadian Underwriter recently. “In fact, your employees truly want to work hard. You just have to focus on what human beings really want – not to be micro-managed, to feel that their work is meaningful and that they are given a chance to excel at something. They are practically demanding that. And if you don’t give them that at work, they will try to find it in their hobbies or in sports or some other facet of their life.”

The usual approach for many organizations is to offer financial incentives, which generally serve as poor motivators. Then why do so many companies do it? Probably because one major demotivator for workers is the perception that they are being paid unfairly, Rabik suggests.

A synopsis of the science behind what actually motivates people can be found in Daniel Pink’s book Drive. It can be summarized as “MAP,” or:

“It is very hard work to truly create these conditions in the workplace, especially when we are faced with the ongoing demands of clients, market conditions and competition,” Rabik acknowledged.

He discussed motivation in the context of performance-based compensation. While financial incentives generally serve as poor motivators for people, there are exceptions. For example, they can work in the short-term or for piecemeal work where there are discrete, non-intellectually challenging tasks.

The issue of employee motivation is hardly new. In 1968, Harvard Business Review published the now-classic article, One more time: How do you motivate employees? “In other words, in 1968, it was thought that was a settled issue,” Rabik said. The article, which stands the test of time, as well as new research, clearly indicates that programs external to the individual (the carrot-and-stick approach or financial incentives) are proven failures, he said.

“Then, if they don’t work, why do so many organizations still offer performance-based compensation, which is just another name for financial incentives?” Rabik asked. “How can so many people be wrong?”

One large demotivator for employees is the perception that they are being paid unfairly. “This comes into play with commercial producers who work hard to get a very large account,” Rabik said. “If they see a small reward for their hard work, then that can be very demotivating.”

So, paying them on commission “seems” fair. “That is a big reason Rogers Insurance still pays producers on commission. Another reason is that in the short term and for the occasional individual, it can motivate,” Rabik said. “We all see occasional tangible evidence that it does work, even though in the long-term it’s quite clear it does not work. Managing people is inherently a complex set of tasks, so it’s only normal that managers take shortcuts. Putting in an incentive scheme is a lot easier than working hard to put in place the things that truly motivate human beings.”