The Canadian property and casualty insurance industry’s entry-to-exit ratio is declining, meaning insurance organizations will find it harder to grow in the years to come.

Few regions should be as concerned as Atlantic Canada and Saskatchewan when it comes to the aging profile of the industry’s workforce, the Insurance Institute of Canada noted in its recently released Demographics of the P&C Insurance Industry in Canada report. In Saskatchewan, 37% of the current workforce is expected to retire by 2027. In Atlantic Canada, workers under 30 account for only 12% of the industry’s workforce in the region (5% below the rest of the country). 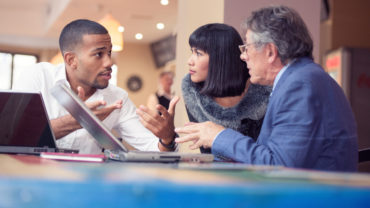 “Examining the inflow of young workers relative to the outflow of older workers in these regions suggests that they are set to face greater challenges relative to other regions in replenishing their future workforce,” the report said. “Indeed, while the overall industry employs 10 workers under the age of 30 for every 10 employees aged 55 or older, the ratio is 7 to 10 in these regions.”

The inflow of young workers to the industry remains weak relative to its expected outflow of older workers. As of 2017, the industry only recruited three employees under the age of 25 for every 10 employees aged 55 and older (entry-to-exit ratio).

“As the retirements in the boomer cohort accelerate, the P&C insurance industry will be confronted with a tightening Canadian labour market over the coming years,” the institute wrote in the report. “As a result, competition for labour will be heightened, something that will make recruitment increasingly challenging. This, in turn, has the potential to impede any given organization’s capacity to grow its business.”

It should be noted that the standard entry-to-exit ratio is not overly informative for the P&C insurance industry. The median age for someone who has started his or her first job in the P&C industry within the past two years is 31, well beyond the age of 25 (the standard age for labour force entrants measured by entry-to-exit ratios). Therefore, a better measure to evaluate the ratio is to evaluate the ratio of employees under 30 to employees age 55 or older.

However, considering that 75% of those who plan to retire intend on working in some capacity after their formal retirement, many companies may look to expand their portfolio of flexible work arrangements to manage the impact of retirements. In fact, few impending retirees know much about their options leading into retirement, such as phased retirement and part-time work. In making retirees aware of their options, organizations will need to be mindful of the fact that interest and enjoyment have overtaken income as the key motive behind work after formal retirement.