What Canada’s Supreme Court says about employers’ liability for bonuses

A constructive dismissal award against a Halifax-based fish oil maker of nearly $1.1-million has been restored by the Supreme Court of Canada.

When it comes to employment practices liability, a key lesson from Matthews v. Ocean Nutrition Canada Ltd., released Oct. 9, is that if a client agrees to share proceeds of a company sale with executives who are with the firm when it is sold, they might still be entitled to a share even if they stopped working before the sale.

On July 18, 2012, Ocean was bought by Royal DSM N.V. By that time Matthews had a new job that he started after leaving Ocean Nutrition. Matthews’ employment agreement entitled him to a bonus payment in the event that the company is sold while he is still working there.

Although Ocean Nutrition was sold after Matthews quit, he took the company to court arguing constructive dismissal because he was essentially forced to quit. 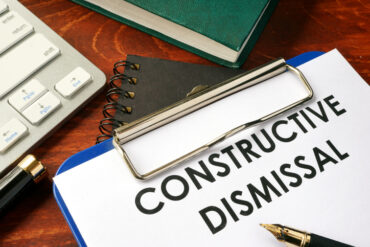 By the time the case reached the Supreme Court of Canada, Ocean Nutrition agreed Matthews had been forced to quit and that he was entitled to reasonable notice.

Matthews would have been entitled to 15 months’ notice had he been terminated without cause. The firm was sold within 15 months of him resigning. So the Supreme Court of Canada says he gets his $1.1-million bonus.

For its part, Ocean Nutrition had argued that the bonus was dependent on a “realization event” that might never occur and is therefore not the same as salary and benefits that are “integral” to a worker’s compensation package.

As a result of a trial in 2015-16, the Nova Scotia Supreme Court found that “friction” developed between Matthews and a chief operating officer hired by Ocean Nutrition in 2007. That COO was Matthews’ boss, who was found to be dishonest and sought to minimize Matthews’ influence at Ocean Nutrition.

In 2017, Justice Arthur LeBlanc of the Nova Scotia Supreme Court ruled that Matthews had been constructively dismissed. As such, Ocean Supreme owed him 15 months’ notice. The sale to the new owner would have occurred during the notice period and therefore Matthews was owed his share of the proceeds of the sale.

But in a divided ruling released in 2018, two of three Nova Scotia appeal court judges said Justice LeBlanc confused an employee’s common law right to reasonable notice on the one hand, with the employee’s ability to recover damages arising under an incentive plan on the other hand.

Under the incentive plan, Ocean Nutrition had no obligation to pay a bonus “unless on the date of a Realization Event the Employee is a full-time employee of ONC. For greater certainty, this Agreement shall be of no force and effect if the employee ceases to be an employee of ONC, regardless of whether the Employee resigns or is terminated, with or without cause.”

The latter clause was why two of the three Nova Scotia appeal court judges ruled against Matthews.

But the Supreme Court of Canada observed that the contract wording did not expressly take away any of Matthews’ common-law right to damages if his contract were to be terminated without cause and without notice.

The realization event was the July 2012 sale of Ocean Nutrition.

The agreement providing Matthew with a bonus on the sale of the firm also stipulates the contract “does not have any current or future value other than on the date of a Realization Event and shall not be calculated as part of the Employee’s compensation for any purpose, including in connection with the Employee’s resignation or in any severance calculation.”

Matthews appealed to the Supreme Court of Canada, which unanimously restored the original lower court decision in favour of Matthews.

As an intervenor, the Canadian Association of Counsel to Employers argued against Matthews. CACE said many employers have taken great care to create compensation opportunities for employees in a manner that will most effectively achieve retaining key talent and encouraging employees to perform and add value to the enterprise.

Incentive compensation benefits which, by contract, cannot accrue or be paid to an employee on or after termination should not be awarded as severance or as damages for wrongful dismissal, CACE argued as an intervenor. There should only be exceptions in two cases, said CACE. One would be if the termination exclusion in the employment agreement is unconscionable. The other exception should be if the employer’s dishonesty is so directly connected to the termination exclusion itself that enforcing the exclusion would be contrary to public policy because it would undermine the minimum core requirements of the duty of honest performance.

In cases like the one involving Ocean Nutrition, courts should ask two questions when determining whether damages for not providing reasonable notice includes bonus payments and certain other benefits, Justice Nicholas Kasirer wrote for the Supreme Court of Canada. The first question is whether the employee would have been entitled to the bonus or benefit as part of their compensation during the reasonable notice period. If the answer is yes, then the next question is, do the terms of the employment contract or bonus plan unambiguously take away or limit that common law right?

In the case of Matthews, his agreement — which requires him to be a full-time or active employee at the time of the “realization event” — is not enough to remove his common law right to damages if he is required to leave without notice, wrote Justice Kasirer. Had Matthews been given proper notice, he would have been “full-time” or “actively employed” throughout the notice period.

“Even if the clause had expressly referred to an unlawful termination, in my view, this too would not unambiguously alter the employee’s common law entitlement,” wrote Justice Kasirer.