In 1992, the Supreme Court of Canada ruled that insurers can determine auto insurance rates for drivers using discriminatory criteria such as age and sex. The court held that a discriminatory practice is “reasonable” if it is based on “sound and accepted insurance practice” and there is no practical alternative.

Would this decision hold up today, in an era of telematics, drones, Facebook and the Kardashians? In other words, with 30 years of progress in databases and resources, should age and gender still be bona fide reasons for segmenting risk?

All Ontario insurers writing non-fleet auto insurance must have their rating and classification systems approved and authorized by the Financial Services Commission of Ontario (FSCO). The Private Passenger Automobile Filing Guidelines are followed when a company is initially entering the private passenger auto market or changing its rates or risk classification system. 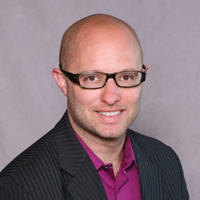 Every model of car and light truck for every model year is grouped according to assessed risk, the expected claims frequency, cost and the likelihood that it will be stolen. A higher Canadian Loss Experience Automobile Rating (CLEAR) number indicates a higher claims risk; a lower CLEAR number indicates a lower claims risk, which is reflected in lower insurance rates.

Ontario’s Insurance Act and its regulations give FSCO the power to control rates. Underwriting rules that are deemed subjective or arbitrary, bear little or no relationship to the potential risk to be assumed, or are deemed contrary to public policy by FSCO’s superintendent are prohibited from being used.

Regulation 664 indicates that, except as permitted under subsection 16(5), no element of a risk classification system shall use any of a number of factors, including income, employment history, credit rating, and physical or mental health. There are no prohibitions against using factors such as age and sex.

The Ontario Human Rights Code provides individuals with protection against discrimination in areas of race, ancestry, place of origin, colour, ethnic origin, citizenship, creed, sex, sexual orientation, gender identity, gender expression, age, marital status, family status or disability. However, under Section 22 of the Human Rights Code, those rights are not infringed upon where some insurance contracts (including automobile polices) differentiate or make distinctions, exclusions, or preferences “on reasonable or bone fide grounds because of age, sex, marital status, family status, or disability.”

In the 1980s, an insured named Michael Bates brought a human rights complaint against Zurich Insurance Company, alleging that he, a young single, male driver, had to pay insurance rates that were higher than comparable classes of individuals. Bates alleged that this practice was contrary to the Human Rights Code.

The insurer acknowledged that its practices were prima facie discriminatory, but argued that they fell within the “reasonable and bona fide grounds” exception contained in the code.

This case proceeded to the Supreme Court of Canada. In a 1992 split decision, Justice John Sopinka, writing for the majority, defined the test for “reasonable and bona fide grounds,” stating that a discriminatory practice is “reasonable” if it is based on “sound and accepted insurance practice” and there is no practical alternative.

“Soundness” means the practice was desirable to adopt for the purpose of “achieving the legitimate business objective of charging premiums that are commensurate with risk.” Whether or not there is a practical alternative is a question of fact. For a practice to be bona fide, it must be “adopted honestly, in the interests of sound and accepted business practices and not for the purpose of defeating the rights protected under the Code.”

A considerable portion of the majority’s analysis was devoted to the availability of practical alternatives. It ultimately concluded that, at the time the complaint was brought, there were no practical alternatives to rating on prima facie discriminatory grounds such as age, sex, and marital status. The Court was clear, however, that this did not mean there never will be practical alternatives. Justice Sopinka concluded by stating that the insurance industry “must strive to avoid setting premiums based on enumerated grounds.”

On dissent, Justice Beverley McLachlin (Chief Justice of Canada since 2000) found the insurer had not demonstrated an absence of practical alternatives. She was initially inclined to accept the argument that Zurich had no practical alternative because, in 1983, it did not possess statistics based on non-discriminatory grounds. However, she blamed the Superintendent of Insurance for not requiring insurers to collect such data.

Upon reflection, however, Justice McLachlin found that this absence of statistics did not demonstrate the absence of a practical alternative; it merely established that “we do not know whether viable alternative bases of risk evaluation exist.”

Accordingly, she found that Zurich had not met its burden of proving there were no practical alternatives to its prima facie discriminatory rating system. She did, however, agree with the majority that the insurance industry should be allowed time to determine whether or not it can use non-discriminatory factors to set premiums.

The most obvious argument supporting “practical alternatives” is the availability of telematics or “usage-based insurance.” Today, a number of insurers are using vehicle telematics to help determine risk.

Sensors and communication devices track common driver behaviours, such as accelerating, braking, and cornering. They also track driving characteristics, such as when a driver gets behind the wheel and where he or she is going. The insurer can then analyze the resulting data and assess risk.

In 2014, Ontario drivers with Desjardins Insurance were offered a usage-based product called Ajusto, which monitors activities such as the time of day a driver is driving, the distance the person drives in a year, and how fast the person is braking and accelerating. The company has offered users discounts on their premiums based on their driving habits, which are recorded by Ajusto.

Another alternative might come in the form of online databases or surveys. It is difficult to surf the Internet today without being prompted at least once to complete a survey. Perhaps the insurance industry can use similar surveys with their customers (or potential customers) to gather information about driving habits.

That said, one major obstacle for insurers today might be privacy. Everyone lives in an age where companies are getting slammed for privacy breaches. Courts are doing whatever they can to protect privacy rights and punish those who infringe them (a case in point is the Court of Appeal for Ontario ruling in Jones v. Tsige). Desjardin’s Ajusto has already raised some privacy concerns, with fears that customers might not fully understand how the company is tracking their usage and what might happen with that data over time.

The Supreme Court of Canada was clear in Zurich that the insurance industry bears the responsibility of making a concerted effort to develop methods of rating that are not based on discriminatory grounds, while still reflecting the disparate risks of different classes of drivers. It may be arguable that the decades that have passed since this decision was issued have afforded the industry ample time to determine whether or not alternate grounds are viable.

That said, however, it is not clear whether or not a set of non-discriminatory criteria as effective as age, gender and marital status has emerged to replace the historical practice of rating on these grounds. The Supreme Court notes that this does not permit insurers to stop trying to establish, test and build data based on alternate grounds, with the long-term goal being to move away from prima facie discriminatory practices. Perhaps a few more years of telematics will assist.