Cannabis edible products and concentrates are expected to be legalized for sale sometime around October 2019, approximately one year after the Cannabis Act first came into force. Although consumers may welcome the move, the insurance industry and health officials are raising concerns.

“We still really haven’t seen the full effect of Phase 1 of [cannabis legalization], if you want to call it that,” says Erika Carrasco, a partner at Field Law in Calgary. “I think we are still a way out from seeing what some of the impacts [of legalizing edibles] will be on claims and coverage going forward. Right now, I think we will see them mostly on the impairment side.”

Sometimes the health effects are surprising. For example, a 70-year-old Saint John man with known coronary artery disease recently felt like he was suffering from a heart attack after eating a marijuana lollipop.

The Canadian Journal of Cardiology published a report in February about the man, who reported suffering crushing chest pain and feeling very paranoid, telling a family member he thought he was dying. He felt the effects about 30 minutes after eating the lollipop, which contained 90 milligrams of THC, the psychoactive ingredient in marijuana. A typical joint contains about seven milligrams. 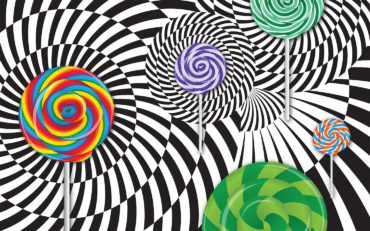 Around the same time, Toronto’s medical officer of health recommended prohibiting edible cannabis products that are appealing to children such as lollipops and gummy bears, in addition to “youth-friendly” flavours of cannabis vaping products like desserts, candy or soft drinks.

Since edibles are small, they are easy to sneak into a public venue without detection, notes Bruce Johnston, executive general adjuster with ClaimsPro. When it comes to determining liability, it may not be easy to link the intoxicating effect of an edible to any particular location.

“If you happen to drop one of these edibles just before you walk into the bar, there’ll be no obvious effects because it takes at least an hour or two hours for it to kick in,” Johnston says. He describes the intoxicating effect of edibles as more of a “body stone” than a “mind stone.”

To complicate matters further, Johnston adds, since there may be a prolonged delay in feeling the anticipated effects, and therefore it may feel like “nothing’s really happening,” a person may decide to take another edible or some alcohol to feel some effect. “And then within two hours, they are complete puddles.”

This delayed reaction is “where we are going to see a big question mark surrounding edibles and impairment,” says Carrasco. “On the auto side, and on the injury side as well, [counsel] might want to argue that there was some kind of contributory negligence if the other party was impaired, even though maybe they didn’t cause the accident per se.”

Defence counsel may face additional hurdles when figuring out how edibles might cause or contribute to injury loss and damage under certain insurance policies. For example, it may be difficult to trace back impairment because of the way the body processes THC. This might be more of a liability issue than a coverage issue, says Carrasco. “Once a claim arises, how do you assess something when you don’t even know it may be at play in the circumstances?”

From an underwriting perspctive, the wording in typical policies, such as a homeowner’s policy, doesn’t distinguish between cannabis forms. In some instances, the policy wording can be broad enough to define cannabis as a drug under the federal Controlled Drugs and Substances Act, or cannabis might be referred to strictly as an illegal or legal substance, whether in reference to that act or not. In another example, policies might include wording such as “use of cannabis or cannabis products or any substance containing THC.” Commercial general liability policies that respond to certain claims will likely rely heavily on current exclusions if they have one for use of cannabis or cannabis-related products or any substance containing THC.

As policies are reworded for legal cannabis, there is a need to distinguish between illegal and legal use, Carrasco says. “While cannabis is legal, it’s legal only within certain parameters,” she says. “You still need to have in place is an exclusion stating that if your insured is using cannabis outside the scope of the regulatory framework, [it] should be excluded from coverage.”

Claims adjusters may want to alter their questions to cover off some issues related to cannabis. “We might have specific questions,” Carrasco says. “Do you regularly use cannabis? How often do you use it? In what format? Where do you purchase it from? What strains do you use? A lot more detailed questioning might occur depending on if there is a chance that the person or party could have been impaired by cannabis use.”