In his roughly 30 years in the adjusting business Warren Garrett has seen a lot of changes. But the one constant he adheres to is his determination to provide the best possible service to his clients.

“I want to get the job done properly. I think of myself as a perfectionist so I want to be thorough, I want to get things done in a timely manner for my clients. Integrity-that seems like an overused word by everybody-but really, that’s definitely how I want to roll.”

Based in Aldergrove, British Columbia, RF Moore Claims Services Ltd covers the whole province of BC, focusing on the Lower Mainland areas of the Fraser Valley and Vancouver. About once a year, on average, Garrett says he’ll travel to handle a cat claim elsewhere in the province. 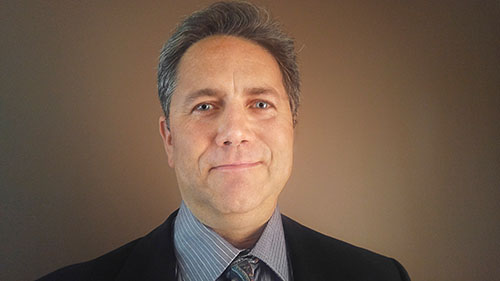 Most of the company’s work comes from the Insurance Corporation of British Columbia (ICBC), the provincial crown corporation that provides compulsory auto insurance to BC drivers. RF Moore Claims Services handles some of the ICBC’s approximately 900,000 claims a year, along with the occasional residential loss.

The company was established by Ron Moore, a former RCMP officer, as an offshoot of Barber and Moore Adjusters, a company he originally formed with partner Jack Barber. Warren Garrett, now the principal of RF Moore, began at Barber and Moore at about the age of 20.

As he recounts the story, he landed an interview with Ron Moore-essentially fresh out of school, with no insurance experience-thanks to a friend who persuaded Moore to see him even though he wasn’t really hiring. They made a deal for Moore to train Garrett on how to take statements, but only when there was enough business.

“But the guy who had worked for him for five years,” Garrett recalls, “gave his notice within a couple days of our discussion.” Although Moore said he wasn’t sure he wanted to take a trainee on again, he took a chance on Garrett.

And now the former trainee runs the company. After Garrett was at the firm for several years Moore recognized his hard work and promoted him to partner. When Moore decided to retire about 16 years ago Garrett bought him out.

Now Garrett and one other adjuster, Chad Parsons-who has been in the insurance industry for 25 years-are the company.

“I joined CIAA to have a voice,” Garrett says. “I feel like us small firms have no voice, no clout, and I had hoped the CIAA would be our voice to our clients, to try to negotiate with companies like ICBC, to have an organized unified body that can represent all of the independent adjusters. If there was a way the association could help some of the smaller firms get their foot in the door with different insurers that would be fabulous.”

With ICBC, he says, the work comes through internal referrals, meaning when the internal adjuster needs someone to handle a claim, that’s when his name will be put forward. But getting new business is harder, and that’s where he thinks CIAA might come in, both from a lobbying and networking standpoint.

Garrett says he has only recently become aware of CIAA events and continuing education opportunities and he plans to take advantage of them more in the near future. He would truly value courses that explain emerging trends, he says, like a recent seminar he attended on marijuana grow-ops, for example.

“If there’s a shift in law or claims processing, then I would like to know about it so I can be ahead of the curve and not making mistakes that are going to cause problems,” he adds.

Recent changes in the industry have created some challenges, he notes. “I find the job just tougher to do now than it was before, and it’s not like anything has really changed in the coverage or the policy.”

He finds changing public attitudes frustrating at times, particularly the reluctance to offer witness statements, as well as the growing litigiousness of claimants who he finds are encouraged by friends and the penetration of US culture to hire a lawyer when previously the claim could have been settled.

“When I get a police report with a witness name on it, I think to myself ‘well, that was a nice citizen to leave their name as a witness,’ and then the moment you reach out to them, they don’t want to talk to you.”

Compliance with privacy legislation can also be challenging, Garrett says, in that it slows down the process of getting the information needed to properly adjust a claim.

“We live in a society where if you can’t snap your fingers and have it, then there’s something wrong,” he says. “And yet in the claims world, it grinds to a halt with access to information.”

He notes that although the CIAA lobbied to get adjusters special investigative privileges, “when you try to explain that to the people who control the flow of information, you might as well tell the wall. All you hear is: ‘Never heard of that, my boss never told me that, I’m not telling you anything.'”

But in spite of the frustrations, there is a definite upside to the business that keeps Garrett committed.

“I do I like dealing with people and, and you meet all kinds of different characters,” he says.

He feels a particular affinity for helping those who suffer serious injuries in car accidents.

“I always give everybody, from square one, the benefit of the doubt, that ‘okay, you were hurt, let’s see where this is going’. I really feel that: what can I do to help these people? I want to get the process rolling for them, I want to get the paperwork out of the way for them and make it so it’s something they don’t need as a stressor in their life. Those [claims] actually do have rewarding feelings,” he notes.

“Listen to people, let them talk and try to be open minded. I always try to find a way to pay a claim if it’s reasonable, instead of looking for a way to deny it. But, I really think one of the keys to our work, to what we’re doing, is to establish some rapport and get people talking.”

“If you come across as too officious you really shut them down, that’s what I find,” he says. “You could be the most brilliant, know the policy inside out, all the technical jargon-even lawyers I deal with can be like this, they’re brilliant people but they have no people skills. So, for example, if I sent that lawyer out to interview the same witness I’m going to interview, he’s going to get shut down and he’s going to come across as too officious. The witnesses do not like it and won’t talk to him.”

If there’s one skill that matters most in adjusting, it’s that ability to connect with people, Garrett concludes.

“You’d better be very personable and able to get people to talk to you or you’re getting shut down, no matter how smart and brilliant and technically sound you are.”