Zombies on the sidewalk

Spawning out of Honolulu, Hawaii, Zombie Laws took effect to curtail the use of mobile devices by pedestrians while crossing the road.

The simple intent of Zombie Laws is to increase pedestrian safety. Yet, beneath the surface of these and similar forms of legislation are complexities that have the potential to reshape the landscape in managing claims brought forward by pedestrians involved in collision events, bringing to bear new science and new challenges for all parties involved.

Lurking around the corner

The international response to Zombie Laws has been swift, as talk of similar laws has crossed the ocean, reaching mainland water-coolers, offices of the politically inclined and everywhere in between. In Ontario, Bill 171 (“Phones Down, Heads Up Act”) was proposed as an amendment to the Highway Traffic Act (HTA) with an escalating fine structure for repeat offender zombies. More importantly, for the first time, such a bill would make it illegal for pedestrians to be in a distracted state of mind. 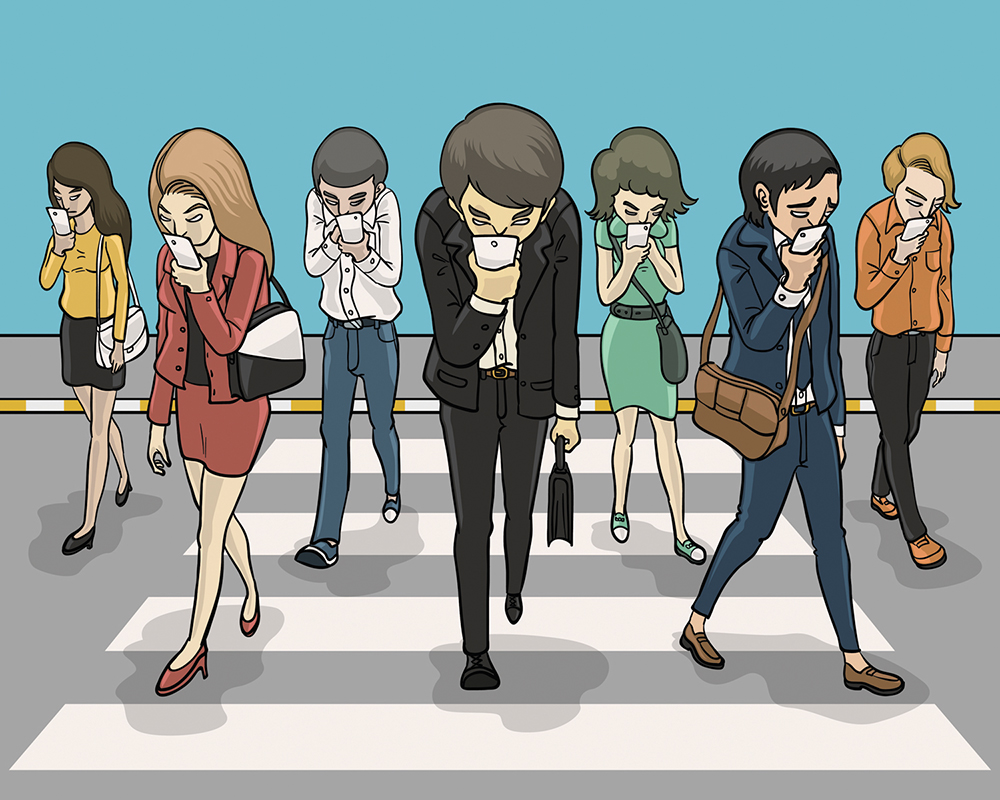 Whether Bill 171, or something akin to it, makes its way into law is an entirely separate matter in and of itself. It was recently reported that Toronto City Council’s move to amend the HTA was denied by the province; however, they may still establish bylaws with similar intent. Mayor John Tory of Toronto said the law would not be the “best use of resources.”

Many cities and municipalities face similar challenges in legislating around a human health concern. But the concern for pedestrian safety itself is quite clear. During the period of 2008 to 2012 in Toronto, over 10,000 collisions resulted in pedestrian injury or death. In 2016 alone, there were 43 fatal events involving pedestrians, which was the highest in over a decade. There are certainly many elements needed to comprehensively address pedestrian safety. Legislation is but one of them.

Humans shape-shift into dangerously limited versions of themselves when captivated by the attention-sucking capacity of mobile devices. Depending on your penchant for horror movies or Michael Jackson’s Thriller, your understanding of what makes a zombie a zombie, may differ. The Hollywood stereotyped zombie as a slow-moving, near-living, sometimes drooling, creature numb to logic or reason bears some unfortunate resemblance to their city-dwelling counterparts with a shiny mobile device in their hands.

Combating the transformation to zombie-like form is precisely the basis for the Zombie Law. The science of otherwise ‘normal’ pedestrian behaviour is clear: non-distracted individuals look to where potential hazards can emerge both before and during roadway crossings. It is thought that by legislating a limit to the extent of mobile-device use before and while crossing the road, we will foster more attentive pedestrian crossings. In doing so, logic follows that pedestrians will more often make it to the other side of the road in safety.

The consequences of distraction have long been a focus in the analysis of contribution to MVAs, but mostly in the context of driver behaviour. There are many reasons for this, but predominant among them is the ‘reverse onus’ on the vehicle operator in a case of a collision with a pedestrian to disprove their contribution to a collision regardless of the particular circumstances surrounding the event. In other words, drivers are effectively deemed to be at fault for a collision with a pedestrian unless they can prove otherwise. This means that drivers, and not pedestrians, have been more extensively studied and scrutinized in claims of distraction being causative to the collision. Whether Zombie Laws shift the tests of contributions to a collision remains to be seen. But the mere fact that such laws are being debated in legislative assemblies suggests that it’s at least a possibility.

The influence of mobile-device use extends beyond distraction. A defining feature of zombies is their slow and shuffling gait pattern, and mobile devices can cause that behaviour. Research has shown that pedestrians walk more slowly when engaged in distracting tasks (like talking) than if they walk without engaging in distraction. The effect is quite robust, as it is observed across the population in individuals of various ages and states of health. In observational research, it has been shown that it takes distracted pedestrians 18 percent longer to cross a roadway compared to their undistracted counterparts.

Believe it or not, walking requires cognitive resources (i.e., brain power) to control the intricate and coordinated timing of leg movements. Compared to a phone-less pedestrian, those using mobile devices while crossing the roadway show substantial detriments in their ability to walk a straight line, meaning they walk more slowly and they walk a longer path to the other side of the intersection. The more disengaged you are in the task of walking, and the less brainpower allotted to controlling it, the longer it takes to get to the other side.

Roadway crossings are inherently dangerous because they are a place of mutual conflict between pedestrians and vehicles. Simply put, the more time pedestrians spend on the road, the more likely they are to come into conflict with vehicles. Unfortunately, crossing signal timings do not yet include a ‘zombie mode’ to increase protected pedestrian crossing time for those simultaneously swiping right, leaving the slowest of slow on the roadway for longer than they would be otherwise, and at the mercy of the vehicle operator and prevailing environmental conditions.

Given that HTA charges are often brought forward well before the filing of tort claims, pedestrians bringing civil actions against drivers may have new and higher hurdles to overcome. Principally, the proverbial paper-trail of distraction may exist where it had not before. Such information may be used as a gateway to alleging pedestrian distraction as a contributing factor more frequently than in years passed. Old challenges in the collection and preservation of the alleged in-use mobile device will no doubt be unearthed with greater importance in contesting claims of distraction.

Legislation aside, the forensic analysis of human behaviour during pedestrian/vehicle collisions often reveals that the pedestrian has the last opportunity to avoid impact, simply because they can change their direction and speed much more quickly than the approaching vehicle. Legislation such as Zombie Laws may shed new light and emphasis on pedestrian behaviour during litigation, bringing to bear science not typically heard by the courts about the consequences of distraction and the pedestrian’s ability to avoid collisions. As it is with technical analysis of any collision event, all involved parties would be wise to explore the potential ramifications of such allegations early in the claims process to avoid surprises at the eleventh hour.

The dangers of both distracted drivers and pedestrians are real. But for all you zombies out there, the path to new life is clear; focus on walking instead of on other distractions when crossing the road. Your health, and (possibly sooner rather than later) your wallet, will thank you.