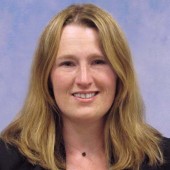 Auto insurers in Canada that differentiate themselves on price alone may soon find themselves at odds with their customers. Although price is important, it is also becoming increasingly competitive, making a competitive price table stakes. Interactions that customers have with their insurers, agents and brokers are actually more important in terms of building a loyal customer base.

Insurers need to focus on more than just price to keep customers satisfied or face a significant risk of increased customer attrition.

The J.D. Power 2015 Canadian Auto Insurance Satisfaction Study, released in May, finds that despite an improvement in price satisfaction, overall customer satisfaction with the auto insurance experience declines nationally to 750 (on a 1,000-point scale) in 2015 from 758 in 2014.

Price is the only factor that improves year over year (+4 points), driven largely by improvements in Ontario where price satisfaction is up by 12 points to 693 from 681 in 2014. Customer satisfaction declines significantly in the other four factors in 2015: non-claim interaction (-15 points); claims (-14); policy offerings (-11); and billing and payment (-7).

There are notable drops in satisfaction in three of the four regions included in the study, with the only exception being the Atlantic Region, which is new to the study and no trend data is available.

Despite a significant improvement (+12) in satisfaction with price in Ontario, overall satisfaction declines for a second consecutive year, dropping five index points to 744 in 2015. Satisfaction was affected by notable declines in both claims (-16) and non-claim interaction (-14).

Overall satisfaction in Alberta declines for a fourth consecutive year, dropping a significant nine index points to 735 in 2015 from 744 in 2014. Notable year-over-year declines in all five factors are responsible for the overall decrease, with the largest drops in policy offering (-11) and non-claim interaction (-9).

In its inaugural year as a stand-alone region in the study, the Atlantic Region performs well with an overall satisfaction index score of 762 compared with the national average of 750.

One reason auto insurance satisfaction is down overall across Canada in 2015 is that more customers indicate experiencing problems when interacting with their insurers than in 2014. Nearly one in 10 (9%) of auto insurance customers report having a general issue/problem, while an additional 12% indicate having a billing error. Although not always related to a billing error, a significantly larger percentage of customers incurred a billing fee in 2015.

Satisfaction with insurers’ call centres is down a significant 20 points to 781 from 801 in 2014. This drop is due primarily to challenges with the promptness of speaking to a person, courtesy and timeliness of resolving requests.

When contacting a call centre, 37% of customers had to wait a minute or longer to talk with a representative, up from 32% in 2014. And only 63% of customers were able to resolve their issues on the same day, down from 69% in 2014.

Things are not any better at insurers’ websites, where satisfaction slips to 747 from 770 in 2014. Fewer than one-third (29%) of customers who go online to resolve their issues are able to come to a resolution entirely online.

Website satisfaction among customers who are unable to resolve their issues online is significantly lower (689 on a 1,000-point scale) than among those who achieve online resolution (807).

A number of insurers in Canada are offering usage-based insurance (UBI) programs as a means to provide a more competitive product in the marketplace. These products typically measure the time of day a customer drives, how far he or she drives and how quickly he or she accelerates and brakes. In exchange for sharing personal driving habit information, customers may receive a rate discount.

While price is a primary reason customers participate in a UBI program, the interactive nature of the product paves the way for insurers to provide more frequent communications with their customers. One key benefit is insurers can educate their customers on how their premiums are calculated and, simultaneously, discuss how their driving habits may be affecting their rates.

Satisfaction increases when UBI programs are offered. Among customers participating in a UBI program, satisfaction with their insurers is 790. It should be noted that satisfaction declines to 690 among those who have participated in the past, but later choose to opt out.

While the greatest lift in customer satisfaction is in the price factor, satisfaction in the non-claim interaction and billing and payment factors is also higher among program participants. The most prevalent reason UBI participants cite for trying the product is receiving a discount on their policies (82%), followed by having more control over pricing based on actual driving (66%).

HOW TO IMPROVE SATISFACTION

There is a healthy competition among auto insurance providers in Canada. In an ultra-competitive market, customer satisfaction is critical. Since launching J.D. Power’s first Canadian Auto Insurance Satisfaction Study, analysis has consistently shown that although filing a claim is the most impactful event in the customer life cycle, due to the low incidence of claim events, the day-to-day policy service interactions are the most influential aspect of customers’ overall experience.

The 2015 study identifies the top service practices, or Key Performance Indicators (KPIs), that most influence customer satisfaction. There are direct benefits to satisfaction when insurers deliver a level of service that is heavily focused on providing convenient and flexible service at each step and effectively communicating with customers.

Ongoing technological advances alter many aspects of everyday life, including the way people interact with their insurers. UBI is the newest example.

Initial results show that participation in a UBI program is clearly improving customer satisfaction, particularly in the key facets that the program is designed to impact – customer perceptions of price and policy offerings. A key outcome of increased satisfaction among participants is a stronger relationship between the insurer and customers through increased rates of stated intent to renew, advocacy and word-of-mouth recommendations.

The study results, however, also show that UBI programs have the potential to improve customer satisfaction across other elements of the experience as well. Providing more communication and education regarding policy coverage and how customers can maximize savings may be the impetus for the noted improvement in the overall customer experience among program participants.

Although the growth in digital channel usage – websites, smartphone apps, email, chat and text messages – in the insurance industry is generally slower than in other industries, increasing numbers of customers are using these channels to interact with their providers.

While fewer customers are contacting their respective agent or broker, or calling the provider’s call centre, in the past five years, the percentage of customers using digital channels has increased.

Investment in digital channels is critical for insurers to satisfy their current customers, not to mention acquiring new customers in the future.