Insurance to the Rescue

Marcel Moldovan, president at Levitt Insurance Brokers in Toronto, was frustrated when an insurance carrier refused to agree that his client’s car was a write-off.

Instead, the carrier for this commercial policy just kept arguing over how much the repairs would cost, refusing to listen to the client. While recovering from a major accident, the customer had to call the carrier and get the broker to intervene in an extensive back-and-forth, trying to figure out what was going on – and when he would be paid. In the meantime, he had to rent a car for almost two months to run his business properly. Then, when the carrier eventually agreed it was a total loss, it disagreed with the client about the vehicle’s market value, despite the client’s evidence to the contrary.

Finally, under pressure, the carrier folded and had to pay not only the full cost of the car, but also all the client’s expenses for the time it spent dithering. 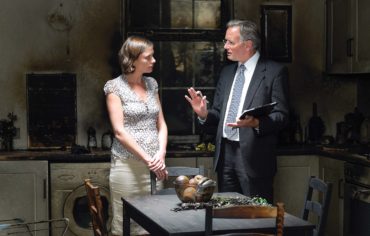 “The consumer experience went down to the bottom, and people and resources were involved up to very high levels – and for what?” Moldovan queries. “[The carrier] could have assessed it by saying, ‘Okay, this is what it’s worth and if the customer accepts it, okay, but if the customer pushes back with good supporting information, we’ll trust them on that and go ahead and pay out the claim.’

Moldovan isn’t the only broker who believes a carrier’s claims-handling process is a critical factor when placing the client’s business. Canadian Underwriter’s 2018 National Broker Survey suggests that for many brokers, the quality of a carrier’s claims handling is the most important factor when deciding which product to recommend to a consumer.

Just over 65% of the 527 brokers surveyed said the quality of a carrier’s claims handling was “very important,” more important than a carrier’s capacity, underwriting flexibility, policy terms and even price point.

If brokers hear clients providing consistently negative feedback about how a specific insurer handles claims, they may think twice about recommending a client to that carrier, says Janis Losie, director of member services and marketing for the Insurance Brokers Association of Alberta.

“The claims process shouldn’t feel worse than the occurrence that caused the claim in the first place,” she says.
But generally, she believes all carriers strive to satisfy and are capable of satisfying customers.
Sometimes one-off issues may arise due to extenuating circumstances. For example, an inexperienced adjuster may be working on the file. Or perhaps huge floods or fires are spreading resources thin, slowing down the claims handling for everyone.
But more often than not, claims issues are a byproduct of misunderstandings related to expectation management, communication and empathy. So, what exactly does a 5-star claims handling situation look like?

Expectation Management
It starts far before a claim is even filed, when customers first sign up for coverage. Clients often think they have more extensive coverage than they do; if that happens, they are automatically disappointed during a claim. Brokers play a strong role in managing expectations, explaining to their clients exactly what’s covered, any restrictions, and offering options for additional coverage. Otherwise, it’s too easy for clients to feel like they were misled.

Communication
Once adjusters take over the claims file, communication is everything. Losie says the adjuster should immediately call the client to explain the claims process in detail, ideally the same day. This includes providing contact details, as well as explaining the division of responsibility among clients, carriers and repairers. Adjusters must remember that for a client, any claim is overwhelming; clients often have no clue what to expect. The carrier can inspire confidence and keep the client calm by outlining the process and keeping the client in the loop at every step.
Speed alone isn’t necessarily what matters most to the client. Frequently, clients just want to feel that everything is moving according to schedule and that they are kept abreast of any delays.
Even a dispute doesn’t necessarily lower a customer’s satisfaction, as long as the adjuster explains the disagreement clearly in plain language and without jargon. “You want the client to walk away saying ‘I don’t like the decision, but they were never rude to me and they did explain the decision – and it had to be resolved that way, whether I liked it or not,” Losie says.

Empathy
Finally, empathy is key. Claims happen daily for brokers and adjusters, but only once or twice in a lifetime for a typical customer. And so, in the world of an insured, a claim is a huge, outsized event that may involve trauma. Never treat the client like they’re on an assembly line; take the time to connect.
“The first contact, where you could have just experienced an accident, you’re at the side of the road, you’re calling [the insurance company] and it’s a really stressful time, it’s really important for insurance companies to demonstrate that they’re there to help them and express compassion for what they’re going through,” says Tom Super, director of the insurance practice for JD Power. “When customers feel it’s just a transaction, they lose levels of satisfaction with their carriers.”
At what point in this process does the broker need to step in on behalf of the client? If the broker clarified the policy initially so that the client has appropriate expectations, and if the adjuster interacts respectfully, hopefully not at all.
But what if the client thought they were covered, but now they aren’t sure? Or what if the client hasn’t heard back from the adjuster in a few days and just doesn’t know what’s going on? In either circumstance, the client may start to get bitter and irritated, piling on the original stress from the claim itself. At this point, brokers should hop on the phone and reach out to the carrier.
The carrier may in fact be handling the claim appropriately and normally, but the client doesn’t know that because they just don’t understand the process; the client may need a bit of extra assurance. A confirmation that everything is going to plan may be all that’s required to put the claimant at ease.
“The claims experience is very important,” Moldovan said. “In the customer’s mind, it determines the value they get through the broker.”