You own a brokerage and you need to recruit commercial lines producers. You are not in one of Canada’s largest cities, so the pool of local talent is not large.
What do you do?

Commercial brokerage Henderson Insurance Inc. recruits some brokers from outside the insurance industry.

“We pull account executives from different sales jobs and different relationship-based jobs and we try to teach them insurance,” says David Reidy, president and CEO of Regina-based Henderson. “There are very few people (in Saskatchewan) who understand commercial insurance deeply.” 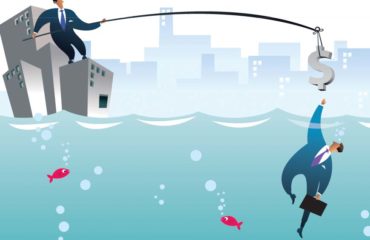 The same is true in smaller centres across Canada, says Kent Rowe, vice president of commercial lines at Wedgewood Insurance, which has offices in St. John’s and Corner Brook, Nfld.

“Our industry is facing a pretty significant challenge in terms of ability to attract and retain talent,” says Rowe, who is also chairperson and past president of the Insurance Brokers Association of Newfoundland.

Rowe’s brokerage, Wedgwood, was in the process this past October of hiring two commercial account managers. The product offerings of the business include commercial property, liability, auto, cyber, directors’ and officers’ liability, environmental impairment liability, marine and surety bonds.

The brokerage has found itself “getting away from the insurance pool altogether” to find new employees, Rowe comments. For example, the brokerage sometimes hires people out of school and from industries outside of insurance and trains them.

“It’s a little bit of a longer [learning] curve, but our experience has been that it works just as well as doing it any other way,” he says. “A lot of things establish what would be a good producer, or someone who would be good in commercial lines, versus somebody who may not be so strong.”

For example, a commercial producer needs “strong analytical skills” and the ability to “engage in conversation with commercial clients on topics related to insurance matters.”

For its part, Henderson “ends up pulling from different industry segments,” Reidy says. The brokerage, which has offices in both Regina and Moose Jaw, has target markets including agriculture, commercial auto, manufacturing and construction.

Reidy hopes this will change now that Henderson is a partner of Toronto-based Navacord, which was founded in 2014 by Jones DesLauriers Insurance Management Inc. and Lloyd Sadd Insurance Brokers. The agreement to join Navacord took effect Nov. 1.

Navacord offers training programs for staff of its brokerage partners. Reidy observes that it takes a lot of time to train people from outside the industry as commercial producers. “We are not opposed by any means to talking to people within our own industry,” he says.

When recruiting producers from outside insurance, Henderson will look within financial services and banking. The same is true at Wedgewood.

“Several of the people we have interviewed over the last little while come from the commercial banking space,” Rowe said. “That lends itself well to talking about risk, whether it’s financial risk or risk related to insurance. Still, these people are used to having those conversations related to financial matters and risk matters.”
Technology acumen is also an asset, Rowe added.

The need to adapt to technological change is “influencing the skill and labour requirements” of the property and casualty insurance industry, the Insurance Institute of Canada reported in a paper titled Demographics of the P&C Insurance Industry of Canada.

“Technology-sensitive organizations are much more likely to stress the hiring of technical skills, such as analytics and data analysis, to facilitate their transition toward data-centric approaches across all areas of work,” the Insurance Institute says in its report. “At the same time, they value workplace-critical skills such as innovation, creativity, and flexibility, which could be more predictive of an individual’s ability to adapt to change.”

For a commercial brokerage, “if you have somebody with the right attitude, and who has the right mix of pertinent experience relating to customer service [and] managing accounts in whatever capacity, I think that certainly lends itself well,” says Rowe. “I think the responsibility ultimately lies with the brokerage. We have to do our own work to create our own talent pools.”.