Lessons of the Road

In Newfoundland and Labrador, automobile insurance has been a hot topic for brokers and insurers alike for quite some time now. However, over the past two months, the heat has been turned up. As part of its “Way Forward” plan, the provincial Liberal government has signed off on approval for a closed-claims study that will, ultimately, lead to a thorough review of the auto product in the province.

But the million-dollar question is, Why? Or, perhaps more to the point, Why now? 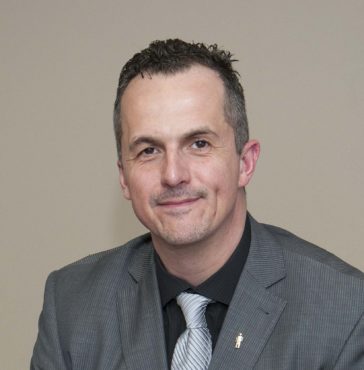 Why is the government choosing to review auto insurance in the province when premiums are currently similar to what they were prior to the last review and subsequent reform more than a decade ago in 2004?

Before that question can be answered, a review of how auto insurance works in Newfoundland and Labrador and how the current system came to be is in order.In response to rising insurance premiums — and as a result of thorough reviews within other Atlantic provinces — the Conservative government decided in 2014 that the auto insurance system needed to be fixed. At the time, insurers were threatening to pull out of the province and consumers were growing angry over ever-increasing auto rates. After the completion of a closed-claims study, the provincial government implemented a number of regulatory controls (including limiting how much profit insurers could make on auto insurance) and developed strict parameters with respect to how insurers could file rates, particularly rate increases. In tandem, the claims system was revised, maintaining the ability to sue for minor injuries and damages suffered as a result of an accident or loss, but applying a $2,500 deductible to the loss.

Here, Newfoundland and Labrador was decidedly out of step with other provinces in Atlantic Canada. The new claims system differed substantially from those implemented by Nova Scotia, New Brunswick and Prince Edward Island. In each of those three cases, the provincial government opted for a cap system, thereby limiting the amount a claimant could receive for a minor bodily injury.

In recent years, claims costs in Newfoundland and Labrador have increased considerably and, unfortunately, show no signs of abating. The average cost of claims per vehicle is as much as 40% higher than for the rest of Atlantic Canada and the frequency at which drivers have automobile claims is also markedly higher.Consider that in 2015, data from Insurance Bureau of Canada (IBC) and General Insurance Statistical Agency (GISA) indicted the claim cost per vehicle in Newfoundland and Labrador was $852 compared to $631 in Nova Scotia, $630 in New Brunswick and $510 in Prince Edward Island. And in 2016, claims frequency was 13.08 vehicles per 100 in Newfoundland and Labrador, while it was 10.79 per 100 vehicles for the remainder of the Atlantic region, IBC and GISA figures show. As a result, it feels like insurers are filing for steady rate increases in Newfoundland and Labrador, resulting in average premiums that are noticeably higher than in the other three provinces.In addition to higher premiums, a tax on insurance services was reimplemented in the province in the spring of 2016 (a tax rate of 15% is applied to the taxable premiums for contracts of insurance relating to property, risk, peril or events). This may have been the move that brought simmer to boil and turned up the heat on the debate regarding auto insurance cost in Newfoundland and Labrador. Prior to reimplementing the tax, there seemed to be far fewer people complaining or talking about auto insurance rates in the province.

It is clear something needs to be done, but what? Calling for yet another closed-claims study, the provincial government expects to soon engage stakeholders and gather feedback before, ultimately, deciding which direction it will go.

The terms of reference for the two reviews — one by the Board of Commissioners of the Public Utilities and one by Service NL — were announced in mid-August. As part of the reviews, factors to be considered include looking at the impact on both rates and claimants of the monetary cap on claims for non-economic loss for minor/mild injuries; the impact on rates of continuing with the current deductible of $2,500 or increasing the deductible; and the auto insurance product being offered in the province compared to other provinces.

The goal is that any changes made to the auto product would be implemented by the fall of 2018.

The Insurance Brokers Association of Newfoundland and Labrador (IBAN) and its members are ready to play a significant role in the upcoming review by continuing to advocate for what is best for consumers and to work within whatever auto insurance system is implemented. With consumer protection in mind, there are additional peripheral issues that can be addressed to enhance the auto product in the province, including the following:

• increase limits and improve Section B coverage — limits of coverage are lower than anywhere else in Canada;

• reconsider or reduce the 15% tax on insurance premiums; and

• change some of the regulatory conditions that may make it challenging to attract new markets (for example, accept a file-and-use system for potential new entrants rather than an experience-based rating platform, review the cap on return on equity that limits insurers’ ability to generate profits, improve the rate-filing process to reduce how time-consuming and expensive it is, and reconsider that brokers need to submit monthly reports regarding Facility Association (FA) population and account for any and all related business placed during the previous month.

None of these recommendations alone will “fix” auto insurance premiums and loss costs breakdowns in the province. What it will do, though, is improve the auto product for the betterment of those unfortunate enough to experience an accident or a loss.

Brokers in the province are of the mind that changes to the regulatory environment will have the greatest positive impact. With access to just four insurance markets writing personal automobile coverage in the province, easing regulatory requirements would make it easier for insurers to do business in Newfoundland and Labrador. A more welcoming environment could serve to attract new entrants and, in turn, provide more choice for customers. Specifically, brokers are in need of a grey market auto insurer.

As it stands, Newfoundland and Labrador has four regular markets (that do auto insurance through the broker channel) and the FA market. The lack of mid-market insurers means drivers who do not fit insurers’ risk appetites or within their underwriting guidelines get placed with FA. That being the case, the FA population is reaching pre-reform levels of 2004. This is an industry concern and is of particular concern to brokers and consumers.

In 2004, the province’s automobile industry was, undoubtedly, in crisis. While the situation may not be as dire today, changes do need to be considered to prevent a potential crisis down the road.

Regardless of what happens in the months to come, education is key to establishing a healthy and sustainable auto product in the province. For too long now, a mentality has existed in the province that being involved in an vehicle accident equated to winning the lottery.

Referred to by many in the industry as the “auto lotto,” more consumer education is needed so people understand the most rudimentary principle of insurance: the premiums of the many pay for the losses of the few.

Claims that result in unwarranted or needlessly inflated costs, ultimately, drive up the cost of one’s own insurance, as well as everyone else’s.

Without this fundamental shift in ideology among consumers, Newfoundland and Labrador will never reach a point where the provincial auto insurance market is strong and vibrant.

The goal for all — consumers, brokers, insurers, government and other industry stakeholders — must be to develop solutions that are fair and equitable to everyone. While there will be many challenges along the way, it seems clear that both government and brokers have the best interests of customers in mind.

That concerted and collaborative approach can only serve to ensure Newfoundland and Labrador’s auto insurance market improves for the better for all those who must use it.