In March 1989, a solar storm on the surface of the sun ejected a very large and fast coronal mass ejection. Slamming into the earth, it created a geomagnetic storm that led to the electrical collapse of the Hydro-Quebec grid for nine hours, disrupting power for 6 million customers. The resulting total cost has been estimated at more than $2 billion.

Events are possible that are two, maybe even three times, the size of the 1989 event, yet there remains relatively little evidence to help understand how the technological systems on earth will respond, creating complex potential economic and insurance implications.

Solar storms can lead to significant disturbances on earth and disrupt the functioning of a wide range of critical systems upon which economies depend. This includes the electricity grid, digital communications, satellite services and aviation networks. 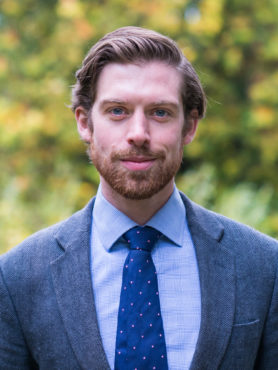 Disruption to the power sector is particularly problematic, as Canadians saw in 1989. Failure can cascade to other critical infrastructure systems, interrupting business activities and inducing a range of other economic and social consequences that can affect the national and global economy.

The biggest solar storm on record is the Carrington Event of 1859, which severely affected telegraph operations across the globe. More than 150 years later, having become much more reliant on electrical and other key technological systems, the level of resilience to this threat remains unknown.

An extreme geomagnetic disturbance could generate geomagnetically induced currents that could initiate permanent damage to extra high-voltage (EHV) transformers. There are potentially severe consequences for business continuity; yet such high-value assets are not necessarily easy to procure and replace quickly.

The average lead time for a bespoke domestically manufactured EHV transformer is five to 12 months, and even longer for internationally manufactured transformers. Moreover, there can be protracted delays in physically installing these transformers because of their size and weight, which require specialist transport and permits to move them along their chosen route.

Following the 1989 Quebec incident, the Canadian government placed a large emphasis on understanding the potential space weather risk to the electricity grid. Consequently, considerable mitigation measures were implemented to increase the resilience of the Canadian power grid to geomagnetic disturbances.

However, while Canada may be more prepared than other countries, the zone of intense geomagnetic activity could shift toward the equator under extreme conditions and affect some states south of the border that are less prepared for this threat.

The former are significant because they are closer to the earth’s auroral electrojet; a heightened band of activity exists from 50° to 55° geomagnetic latitude. In the northern hemisphere, this geomagnetic latitude band includes the cities of Toronto, Vancouver, Chicago and New York.

For the latter, highly resistive deep-earth ground conductivity means geomagnetically induced currents are less likely to dissipate into the earth, instead following the path of least resistance into the electricity transmission network. This was a factor in the Hydro-Quebec event.

The Helios Solar Storm scenario developed by the Cambridge Centre for Risk Studies, published earlier this year, considered the consequences of an extreme solar event affecting the United States. It estimated that insured losses in the U.S. could be between $65 billion and $436 billion, depending on the extent of the physical damage and speed of recovery, out of total economic damages of $1.3 trillion to $2.6 trillion.

An event of this magnitude would inevitably have a knock-on effect on U.S. international trade, and the three countries likely to suffer the biggest impact are Canada, China and Mexico because of the size of their trading relationships with the U.S.

Even if Canada escaped relatively unscathed, significant, prolonged disruption in the U.S. could have many indirect supply chain impacts for Canadian firms. The downstream supply chain effects would be the most significant, totalling roughly 60% of the lost value-added from a disruptive event in the U.S., because manufacturing is the industry likely to suffer the most.

Hence, Canadian firms may not have available materials, components and services that they usually import from the U.S.. If substitute goods and services are not available, revenue and economic output will be lost.

The indirect upstream supply chain impacts, accounting for the remaining roughly 40% of the lost output, would arise because U.S. firms did not buy goods and services from Canadian firms as a result of disruption to their production activities.

One of the few pieces of research that has actually looked at insurance claims in relation to space weather activity is by Karel Schrijver of Lockheed Martin Advanced Technology Centre and others, published in 2014.

It analyzed 11,242 insurance claims from 2000 through 2010 for equipment losses and related business interruptions in North American commercial organizations associated with damage to, or malfunction of, electrical and electronic equipment. Claims rates were higher on days with elevated geomagnetic activity by approximately 20% for the top 5% and by about 10% for the top third of most active days ranked by daily maximum variability of the geomagnetic field.

The authors found that, on average, 500 claims within North America could be attributed to large-scale geomagnetic variability in the low-voltage power distribution network.

Much of this period, 2000 to 2006, was an exceptionally calm period of space weather, and even so, the research showed there can be a wide variety of significant equipment loss and related business interruption (BI) claims for the insurance industry.

Related BI is the key issue for Canadian businesses that do not themselves suffer power failure or physical damage. The insurance response will depend on what cover they have for non-damage or contingent business interruption, as the Fort McMurray wildfire has demonstrated.

Such policies are currently available on the Canadian market, but it is not clear how widely businesses buy them.

There is increasing interest in understanding extreme space weather as an emerging risk for the insurance industry. In 2015, the Bank of England’s Prudential Regulation Authority included a solar flare/geomagnetic storm as one of the 11 stress tests recommended for insurers to estimate losses.

Lloyd’s of London also offers an optional space weather event scenario as part of its realistic disaster scenarios for underwriters to use, although it concentrates on satellite risks and not the impact to business that could result from a long-term power outage.

HOW BAD COULD IT BE?

There are two opposing schools of thought on the potential impact of extreme space weather. Some believe the potential damage would not be that large and stakeholders are relatively well-prepared to deal with an extreme geomagnetic disturbance.

The worst-case scenario is seen as an electrical collapse of the transmission grid, probably initiated by loss of voltage stability that would consequently protect the power system assets from damage. The grid connections could then be re-established, leading to a disruption only lasting hours or a few days.

On the other hand, there are those who believe damage might be initiated before a system loses stability or could even occur outside the region of the electrical collapse. If so, the result could be extensive damage to equipment and a catastrophe scenario where blackouts last weeks or even months, until exposed EHV transformer assets (with many supply chain issues) are replaced.

There is still disagreement among the experts on these perspectives, so it is not surprising the 2015 U.S. National Space Weather Action Plan emphasizes the need for improved assessment, modelling and prediction of the impact of this threat on critical infrastructure systems.

For the insurance industry, estimating the likelihood of an extreme geomagnetic disturbance is a challenging task due to the limits of available data. Carrington or Quebec-sized extreme space weather is a random phenomenon, meaning it could happen at any time.

It is something that should be considered across all relevant lines of business as part of catastrophe planning, especially for geomagnetic latitudes between 50° and 55°, a band that, as noted, includes Toronto and Vancouver.