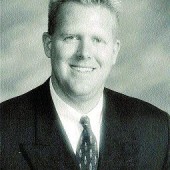 Enterprise Rent-a-Car has named Jim Thompson as vice president and general manager of its Alberta group. He has been with the company for 12 years, most recently as regional vice president in North Los Angeles.s.

ENCON Group has opened the doors at its new location in Ottawa, at 500-1400 Blair Place. All telephone and fax numbers remain the same, and the company can still be found at www.encon.ca.

Canada Brokerlink announces Barbara Hayes has become its vice president, customer sales and service, bringing more than 25 years experience to the new role. The network also announces the retirement of Harry Mason, after more than 35 years in the insurance industry. The changes are part of an overall restructuring of the company’s personnel in response to its growth over the past three years.

The collision repair industry lost two valued friends recently. On October 28, George Ramik, executive director of the Motorist Assurance Program of Canada, lost his battle to cancer. He is missed by wife Helen and their two children. On November 3, Joseph (Joe) Prochilo of Prochilo Bros. Auto Collision West passed away at the age of 45. He, along with brothers Dominic and Vince, were award-winning members of the collision repair industry and members of the Toronto Collision Repair Society.