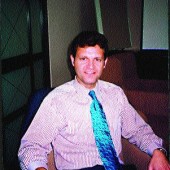 New legislation introduced by the Ontario Liberal government to freeze auto insurance rates offers both “good news” and “bad news” for insurers, says the Insurance Bureau of Canada (IBC). While the IBC opposed the idea of formalizing the rate freeze, which became effective from October 23, the legislation takes into consideration that the solvency of some companies could be impacted, notes Mark Yakabuski, Ontario region vice president for the IBC. He notes that a letter to the superintendent of financial services would have sufficed, given that companies were already complying with the freeze without formal legislation.

Nonetheless, Yakabuski applauds a provision in the legislation package which allows companies that have legitimate solvency concerns to appeal to the superintendent for rate relief. “Now we have to turn out attention to the real task at hand,” Yakabuski says, which is working on claims costs reduction that will lead to the 10% decrease in rates the Liberals want to see achieved in January. He adds that discussions between the industry and the new government have been “very productive” thus far, with the Liberals seemingly committed to bring about positive change to the auto insurance system. “A stable and affordable auto insurance system is a priority. Action is desperately needed.”

In unveiling the legislation, Minister of Finance Greg Sorbara announced that parliamentary assistant, MPP Mike Colle, will be working on behalf of the government to achieve rate relief for consumers. “We will continue to work toward a long-term solution to lower auto insurance rates, cut insurance costs and improve consumer protection,” Sorbara comments.