The liability landscape for directors and officers (D&O) is increasingly fraught with risk. Since the 2008 global financial crisis, governments have sought to hold D&Os personally liable for the actions (or inactions) of the companies they govern.

In addition to action by regulators, shareholder activism, third-party funding of litigation, and lawsuits filed in foreign jurisdictions can be expected to significantly increase D&O risk exposures in 2017.

There are several key developments in D&O liability of interest to commercial liability claims professionals. The top cause of D&O claims is non-compliance with laws and regulations, followed by negligence and maladministration. 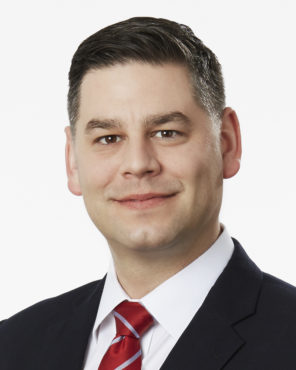 Actions against directors and officers are being dismissed or resolved more slowly. This results in lengthier litigation and higher settlement expectations. Skyrocketing legal defense costs will only continue with more complex cases and third parties funding litigation.

While securities class actions always get the most ink in any analysis of D&O trends, there are two areas of evolving risk in Canada that insurers and risk managers should be mindful of going into the new year.

The first – for those with memories long enough – will seem all too familiar: environmental clean-up costs are once again being assessed against directors and officers personally, necessitating an insurance response. The second – administrative monetary penalties – have proliferated in recent years and may not be fully understood, or covered, by traditional D&O policies.

Remediation and clean-up costs have long been banished from D&O policies through the use of broad exclusionary language. But a trend towards carving back this language in recent years combined with recent court decisions and new legislation means increased liability may be on the horizon.

On December 10, 2016, the Forfeited Corporate Property Act came into force in Ontario. The act was partly in response to concerns that corporations were strategically dissolving themselves in order to avoid liability for environmental remediation costs.

Under the new law, corporations must seek the consent of the province when dissolving and the Minister of Economic Development, Employment and Infrastructure may now seek an order to recover remediation costs from any person who was a director or officer in the two years prior to dissolution.

There are no defences in the wording of the law. Directors and officers will be unable to claim that they did not cause the contamination or are not at fault. Their liability is absolute.

The aim of ensuring that corporations take responsibility for remediation of polluted sites is laudable – why should taxpayers be expected to foot the bill when corporations use legal manoeuvring to side-step liability? But for D&O insurers, this legislation needs to be viewed in the broader context of a trend that started with the Baker/Northstar Aerospace case.

The clean-up order was challenged, but the directors were compelled to continue to personally fund the remediation while the appeal was pending.

The case was eventually settled, but insurers were put on notice: a newly emboldened Ministry of the Environment would pursue the personal assets of directors and officers for clean-up costs if pursuing the corporation itself was no longer viable. And the ministry would not limit its targets to current directors – in the Baker/Northstar Aerospace case, one of the directors had ceased sitting on the board more than a year before the corporation entered restructuring. Absolute liability does not follow culpability where the environment is concerned.

What underwriters face now is a formalizing of the absolute liability of directors and officers for remediation costs that started with Baker/Northstar Aerospace. The trend of carving back the exclusionary language with respect to pollution claims might now risk overwhelming D&O programs with unintended claims. The pollution exclusion itself was crafted in response to these very concerns, and from the belief that these risks were more properly insured under separate cover.

Robust underwrites with an eye to possible pollution exposures may be required. And underwriters should be vigilant about ensuring that their policies respond appropriately to these risks.

Another area that may require attention in the new year is the increasing use of administrative monetary penalties by regulatory agencies. These penalties have become increasingly fashionable, and have migrated out of Ontario’s Securities Act and into a host of other legislation, including Canada’s Anti-Spam Legislation (CASL), immigration compliance regulations for employers, and environmental legislation across the country.

Administrative monetary penalties are appealing to governments because they often allow a regulator to impose a penalty without the requirement of a proceeding. And a reverse onus in legislation often forces those targeted to bring their own action against the regulator in court.

In an attempt to shield these penalties from challenges under the Canadian Charter of Rights and Freedoms, administrative monetary penalties are explicitly framed in legislation as “non-criminal” and “non-penal” – they are meant to encourage compliance, not to punish.

The lack of a proceeding and the reverse onus may pose a challenge to traditional D&O insuring language. Defence costs may not be triggered when a director seeks to challenge an order. And the order itself may be insufficient to trigger the insuring agreement.

There is also a public policy issue of insurability that may eventually need to be addressed. Because the fines are connected to conduct, it may be that they fall outside insurability entirely, despite the fact that they are explicitly “non-criminal” in nature. And while directors and officers rarely face personal liability under these regimes, the enforcement posture of Canadian regulators could very easily change.

As these fines spread – and there is every reason to believe that they will – thought leadership in primary markets will be critical in ensuring that directors and officers are properly covered for these risks.

Growing public concern over the conduct of corporations, the quality of oversight by directors and officers, and the increasing awareness of the importance of environmental protection means that risk managers increasingly look towards their D&O policies to cover ever-more complex risks, both in Canada and elsewhere in the world.

Underwriters have their eyes on activist shareholders, third-party litigation funding, new whistleblower incentives in Canada and foreign torts. However, they must also look out for the changing ways in which increasingly aggressive and creative regulators are moving the bar on personal liability for directors and officers in 2017.