As an insurance professional who was instrumental in establishing an independent adjusting firm, Monica Kuzyk understands the importance of collaborating with like-minded firms and making the most of the latest technologies.

“Each of our firms is challenged by staffing models that consider variable work forces to provide for the peaks in claim volumes,” Kuzyk says of the Canadian Independent Adjusters’ Association (CIAA), for which she currently serves as first vice president and will become president this fall at CIAA’s Annual General Meeting and conference. 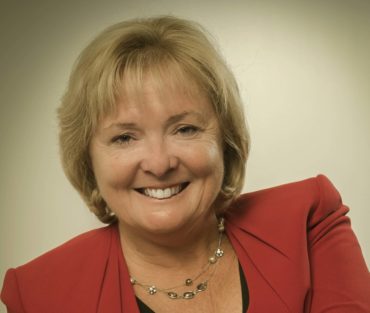 “One of the key priorities that remains outstanding that we will continue to press forward with at the CIAA in the year ahead, as a strategic priority, remains our commitment to examine the digital platforms that the insurers have and find an effective way to integrate with those new virtualized environments,” she reports.

Kuzyk currently works as vice president at Curo Claims Services in Waterloo, Ontario, an adjusting company that is the dedicated claims service provider for OTIP/RAEO Insurance Brokers Inc. and T.W. Insurance Brokers — all of which are in the Ontario Teachers Insurance Plan group of companies.

Born and raised in the Kitchener-Waterloo area, Kuzyk began her insurance career in 1983 as a claims clerk with Prudential Assurance, where she remained for about a decade before moving on the OTIP.

“In 1994, I got a call to come up and meet with the folks at OTIP,” she says, adding that she started in a supervisory capacity at that time, became a manager in 1998 and then assistant vice president in 2002.

“Then we determined the need to set up an independent adjusting company to provide for our growth strategy,” recounts Kuzyk. The result was the founding of Curo Claims Services, which handles personal lines property and casualty claims, including home, auto, accident benefits and bodily injury.

Kuzyk credits her team’s involvement in the evolution of the adjusting firm, which became a CIAA member in 2009. “We started it as part of our strategic plan. They are the ones that worked with a consultant to develop the name, which is Latin for ‘to care for, to provide for,’ which we thought very much aligned with our corporate culture and what we were endeavouring to do,” she adds.

“As a new adjusting company, being part of a trade association, I thought, was important,” Kuzyk says. “We wanted to make sure that we were creating those professional relationships, that we were connecting with the right people, that we were learning relevant information to broaden our knowledge and, of course, establish best practices and, for me, in dealing with the insurer stakeholders,” she reports.

In 2012, Kuzyk decided to join the national executive of CIAA after what she describes as “a very interesting conversation” with John Seyler, who was then CIAA’s national president and is now its treasurer.

“At that time, I was looking at budget and doing strategic planning for my own organization and wanted to ensure the CIAA was adding value for Curo,” Kuzyk says.

“When I spoke to John, it was very evident that he was very passionate about the CIAA. He valued the association for elevating the work that independent adjusters do and he talked about how the CIAA was necessary to sustain the culture of claims excellence,” she recalls.

“Being part of the CIAA instilled that level of trust and integrity, which was critical to the work we do, through the code of ethics,” suggests Kuzyk, who has also served as its secretary and has taken part in strategic planning. “It just re-affirmed to the stakeholders that, from our perspective, every policyholder would be treated with fair and co-operative and courteous claims-handling.”

Kuzyk’s presidency will not be about CIAA erecting something completely new, but, rather, building on the solid foundation that has already been established, particularly in the digital space. The association website has been refreshed; the CIAA is providing more timely, relevant information; it is connecting with the membership more regularly; and it is doing so through different channels.

Also key is “we need to start looking at what we can provide to our member companies in the digital space,” Kuzyk reports.

The road ahead has been paved by association efforts under past presidents, including Albert Poon, now president of Cunningham Lindsey Canada and Heather Matthews, senior vice president of the National Claims Management Centre for Crawford & Company (Canada). “Poon talked about how we needed to reach out to other like-minded associations, which I think is imperative as we continue to grow,” Kuzyk says, while Matthews talked “about change and disruption.”

Among the innovations that are disrupting the insurance industry are driver-assist technologies, Kuzyk says. “Cars are smarter,” she observes, citing among other features automatic emergency braking and lane change avoidance.

“We know that technology within cars is going to continue to go forward and we have got to be in a position to be able to understand how that affects claims,” Kuzyk makes clear. Information gleaned from telematics may be useful for claims adjusters, she says.

In Insurance Telematics in Europe and North America, released in June, Rickard Andersson, a senior analyst for Berg Insight A.B., forecasts telematics policies in force in North America will increase from 4.2 million at the end of 2014 to 32.5 million by 2019.

Although Ontario, for example, does not currently allow data from telematics programs to be used during claims adjudication, there are already available telematics-related products that collect information about things like when the vehicle is driven, hard braking events, rapid acceleration events, distance and location.

Kuzyk notes, however, the use of telematics for human injury analysis is one area of technology that adjusters “can explore more fully.”

As it stands, “we are not in that space, but we have to find a way to get there,” she says. “I think that is a future state for all of us, for insurers, in particular — understanding how injuries happen in car accidents.”

Kuzyk adds that CIAA can “explore more fully” the possibility of setting up “strategic partnerships with vendors” in order to deliver technology services to members.