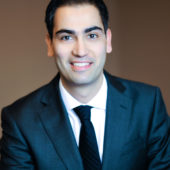 As onshore wind energy continues to make ground in the Canadian market, with an aim to meet 20% of total electricity needs by 2025, it is increasingly important to root ongoing and upcoming developments in an effective risk management strategy. The expansion of capacity from the current level of 12 gigawatts (GW) — about 5% of electricity demand — to 55 GW in a short period will magnify existing challenges.

Achieving a better grasp of a constantly changing renewable energy risk landscape, therefore, is a must for the developers and operators of Canadian projects. An understanding of the most pressing threats to successful wind energy generation will enable stakeholders to take preventive measures and adopt strategies that safeguard future financial security.

GCube recently compiled a list of five of these most pressing threats in the report, Risky Business: Assessing Future Threats in Onshore Wind Development, Financing and Operations. It documents a major shift in the way risks are perceived and managed by project stakeholders and the insurance community.

Specifically, the impact of resource underperformance has, for the first time, surpassed mechanical and electrical breakdown as the number one threat to wind energy profitability.

Low wind speeds, often the result of unanticipated climatic phenomena, mean that actual energy production frequently falls short of output forecasts. For example, unexpected weather patterns linked to the last El Niño cycle in 2015-2016 led to a dramatic fall in wind speeds — up to 40% below long-term averages — and severely impacted project performance across many parts of the United States. Moreover, many regions of Mexico experienced reductions in average wind speed by as much as 20% in 2015.

Failure to adequately transfer weather risk has resulted in a number of high-profile cases of poor project performance. Crucially, these have not only had financial implications, but, in some cases, have also led to damaging ratings downgrades.

Though wind speeds in Canada may have been comparatively favourable in recent years, it remains, like any other market, vulnerable to the caprices of such a fair-weather friend as the wind. It is estimated that low wind levels are accountable for a combined shortfall in project value of as much as US$56 billion for stakeholders around the world.

The insurance market has responded with the development of increasingly robust Weather Risk Transfer (WRT) and Proxy Revenue Swap (PRS) mechanisms to mitigate revenue volatility faced with fluctuating wind speeds and prices. It is critical that the Canadian wind market takes the opportunity to safeguard its financial performance as installed capacity increases.

Despite this global shift in focus, mechanical and electrical breakdown continues to hinder successful operations. Though advances in technical expertise and operations and maintenance (O&M) procedures might help to counterbalance these threats, the rapid expansion of wind energy infrastructure and capacity makes the task ever more difficult. GCube, for its part, has seen the following pattern in claims over the past five years:

The market in Canada is characteristic of the scale of the problem; mechanical breakdown and electrical failure are leading root causes of insurance claims by Canadian firms.

A number of trends are driving increased claims severity — and these are particularly pertinent in the Canadian market, where the scale and remote locations of projects pose developmental and operational challenges. Onshore turbines are increasingly large — often taller than 200 metres, with correspondingly sizeable rotor blades — and complex, presenting particular problems to their transportation and erection in geographically remote locations, such as moving cranes and other heavy equipment.

Monitoring and maintenance, for the same reason, pose challenges. These issues look set to intensify as the industry expands into more isolated areas, and will be especially important after mature assets move into the post-warranty period, when maintenance becomes more urgent.

At the same time, pressure on the supply chain, propelled by the increased scale of components and industry cost-cutting, is expected to result in more cases of serial defect in future years.

While comprehensive Construction All Risks (CAR) and Operations All Risks (OAR) policies can mitigate the impact of these problems to a certain degree, the onus is on project owners to take proactive measures to manage mechanical and electrical failures.

More regular inspection of blade components, with a greater frequency after storms and lightning strikes, and incorporating a range of techniques, is advised.

Likewise, more frequent checks of gearbox performance in the early stages of its lifespan are recommended, with the role of online condition monitoring systems (CMS) growing in importance.

Furthermore, transformer failure can be disastrous for operations, with lead times of as long as 18 months for replacement. The insurance and risk management firm, Hugh Wood Canada, reports that a majority of claims in the Solar P.V. (photovoltaic) market in Ontario are associated with the failure of transformers, with significant loss of revenue for every day of non-operation. As with blade components and gearboxes, more maintenance checks are recommended.

In combination with geographical inaccessibility, extreme weather events present significant challenges to the Canadian wind energy market. As the industry develops in more isolated and disaster-prone regions, these challenges will only become more widespread.

Last year’s wildfires in Alberta, a province with a considerable wind industry presence, reveal the intrinsic hazards of operations in markets susceptible to dry conditions and forest fires.

Though financial losses from forest fires are far outstripped by those from mechanical and electrical failures, their high-profile nature has negatively impacted the brand reputations of stakeholders. The effect of wildfires that recently struck Arizona and Western Australia demonstrate that, while uncommon, the results of such incidents can be severe, with near-total wind farm losses.

This has been identified as an emerging problem, and cold weather presents additional difficulties in terms of monitoring and maintaining turbines. The successful operation of wind farms in Canada will, as the industry develops, require a more meticulous analysis of the effects of a cold climate than is necessary in other markets.

Overall, natural hazards have fed the amplification of claims severity during the past five years. As the industry develops in high-risk regions, more effective mitigation strategies may be necessary.

Political and regulatory risks are, perhaps, less significant in the Canadian market, given ongoing government commitments to the development of renewable energy sources. Throwing caution to the wind, however, is ill-advised, in view of the unpredictable nature of energy subsidies in the U.S. and leading European markets, which periodically hamper investment there.

Industry stakeholders should also keep an eye on emerging hazards. The threat posed by cyber attack, for example, is currently minimal,

but, as recent high-profile incidents worldwide have illustrated, has the potential to increase in scope in the future.

As wind farms become an increasingly integrated and sophisticated component in the grid, risks of illegal access will proliferate, because it may be possible to access large sections of turbine infrastructure — and, indeed, the national grid — from a single entry point.

Interference is particularly pertinent in the wind energy industry, given that farms are typically remotely operated and, especially in isolated regions, there are fewer staff members on hand. Robust cyber security is crucial in preventing initial breaches, along with measures to limit access to the system as a whole.

Despite encouraging progress in Canada’s rapidly expanding wind energy market, Canadian developers, owners and investors are not immune to the risks faced by the industry worldwide. As the risk landscape continues to change, keeping abreast of the latest technological developments is imperative to maintaining profitable operations.

Similarly, adopting measures to transfer weather risk and to protect the industry from the effects of unforeseen dangers are essential, as insurers and stakeholders collaborate to limit long-term financial damage.