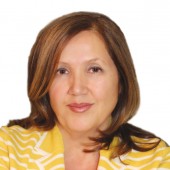 While the DRS needs modernization to improve efficiency, consistently high dispute volumes will continue to present barriers to the success of a proposed new dispute resolution (DR) body. Root problems in Ontario auto insurance are contributing to high dispute volumes and need to be addressed with systemic reforms.

In the past five years, Ontario’s auto insurance sector has seen accidents and claims steadily decrease as disputes increased 128%. Figures from the latest Ontario Road Safety Annual Report show that there were 215,533 reportable collisions in 2010, down from 233,487 in 2007 and 240,630 in 2000. Additionally, the General Insurance Statistical Agency reports that injury claims fell by 28% in 2011.

Dispute volumes have not returned to pre-2010 levels, and although the Financial Services Commission of Ontario (FSCO) eliminated the mediation backlog, too many claims are still pending in the system. This is adding to insurers’ uncertainty around the success of the September 2010 reforms, amplified by the provincial government’s call for a 15% premium reduction within the next two years.

The interim report notes that nearly two-thirds of disputes concern treatment and assessments; 45% of disputes involve medical benefits; and 16% involve assessment and examination expenses. Identifying the root causes of these high volumes, however, falls outside the scope of Justice Cunningham’s review and recommendations.

ACCIDENT BENEFITS TOO RICH, TOO COMPLEX

The high volume of treatment and assessment disputes is fuelled by Ontario’s enriched accident benefits system. The Insurance Bureau of Canada (IBC) noted in its submissions for proposed reforms to the FSCO ADR Process that the average cost of a medical/rehabilitation claim climbed from $28,978 in 2005 to $50,296 in 2010. In addition, Health Claims for Auto Insurance (HCAI) data shows that more than 9,000 health care businesses provide services at a ratio of one business per every seven claimants.

The September 2010 reforms reducing the medical rehabilitation limit for non-catastrophic claims to $50,000 and making certain benefits optional did not go far enough. Ontario is still the richest provincial no-fault schema, making non-catastrophic limits available for up to 10 years, which has propped up cottage industries feeding off of the ruling “assessment paradigm.”

To temper the richness of the no-fault schema, AB claims are divided into three categories with corresponding monetary limits: minor, non-catastrophic and catastrophic injuries. Three monetary caps add layers of complexity that are propagating disputes.

It is very likely that there will be even higher dispute volumes as debates over the contentious minor injury $3,500 cap work their way through the system.

The $3,500 monetary limit is used as a blunt instrument to contain costs in light of uncertainties around the use and success of the minor injury treatment guideline (MIG). The Superintendent of Financial Services committed to developing an enhanced treatment protocol which, when delivered, should be accompanied by systemic reforms.

The interaction between the no-fault and tort schemas also impacts dispute volumes. In Ontario, a person has a minimum of two claims for the same accident, afforded by the right to sue a third party and to access no-fault benefits under the Statutory Accident Benefits Schedule (SABS) schema. Both claims can remain open for many years, thereby accruing costs while Ontario auto insurers, and by extension their policyholders, fund both cost centres.

The tort and no-fault systems were intended to work harmoniously so that as the SABS was enriched, the ability to sue was restricted. Somewhat similar to the minor injury cap on the AB side, BI claims are subject to both a verbal threshold and a deductible.

Presently, the verbal threshold for tort claims has been compromised by a number of judicial decisions and the average quantum assessments on general damages have increased well beyond the deductible.

It would appear that attempts at restricting the right to sue have the opposite effect and are, in fact, driving up claim costs. Ironically, the very generosity of the no-fault benefits system is being used to fuel the claimant’s corresponding tort action in attempting to meet the threshold.

The longevity of the AB claim is, therefore, tied to the longevity of the BI claim. Safeguards may be in place to ensure that claimants are not receiving “double recovery,” yet the fact remains that insurers are funding both processes and their respective legal and staffing costs. Thus, there is an incentive for plaintiff’s counsel to keep the AB claim open while pursuing a tort action, with the unintended consequence being increased use of the DRS.

The solution is to remove the minor injury monetary cap, reduce the med/ rehab benefits period and resolve medical disputes with clinical adjudication.

In tandem with other key changes to eradicate fraud and reduce the overall monetary limits for accident benefits, Ontario legislators ought to remove the minor injury monetary cap in favour of an enhanced and closely monitored treatment protocol, reduce Ontario’s medical and rehabilitation benefits allowance to be better aligned with other provinces, and move to handle medical and rehabilitation disputes for accident benefits through clinical review and an adjudication body of health care providers.

By removing uncertainties in the current minor injury treatment protocol and committing to monitoring outcomes, a third category of claim and the $3,500 cap would no longer be required. Benefits would only be paid for treatment deemed necessary by the protocol and claims would be assessed on their own merits.

A new and robust treatment protocol would be accompanied by a reduced access period for medical rehabilitation benefits, perhaps two to five years. Disputes about treatment, assessments and the minor injury definition could resolve with clinical adjudication and not the DRS alone.

Without the aforementioned changes, there is a serious threat to the success of DRS reform.

Tools are already in place to help effect these changes. HCAI can capture treatment outcomes to build a rich database that would inform subsequent reviews of the protocol. Justice Cunningham’s interim report suggested that insurers consider establishing a formal internal review process – integral to reducing the number of disputes entering the DRS – after a benefit denial.

A more rigorous centralized decision-making process (within the internal review process) in conjunction with the provision of expert benchmarks and guidance through established protocols would certainly result in a more consistent approach. This, in turn, should have the desired effect of reducing disputes.

Strategic implementation of this review would also enhance customer service and reduce costs.

These changes to the AB system will have a direct impact on the success of the new DRS by removing treatment and assessment disputes, and at the same time, will indirectly have a positive impact on the longevity of BI claims, short of a major overhaul of the tort sys
tem.

At the very least, it is time for the industry to evaluate its return on investment on the limits currently in place. Is the system at the point where the verbal threshold and deductibles in BI and the minor injury definition in AB are satisfactorily managing smaller claims?

The simple answer is, no. Minor and soft-tissue injuries should be treated according to the MIG and should not meet threshold for a tort action. However, this is not always the case.

There are large costs associated with defending and holding a hard line on threshold claims. An open, far less complex auto system with streamlined access to treatment for the management of minor injuries supported by clinical review seems like the natural next step to an affordable product.

For the sake of affordable auto insurance, it is time to look hard at root problems and think creatively about effective – and enduring – solutions.