It is no secret that the reinsurance industry is changing. Technology advancements, regulation, mergers and acquisitions (M&A), talent gaps, cyber security and soft market conditions all put pressure on insurers and reinsurers to make changes more quickly.

Xuber’s recently released 2016 Global Reinsurance Survey took an industry pulse check of reinsurers around the world, and, thus, revealed the top pressures facing the industry. Conducted by email and telephone interviews this past April and May, survey results reflect input from reinsurance professionals from London, the United States, Switzerland, Canada and Bermuda.

Pressures voiced in 2016 included several stark similarities to last year’s results, suggesting that change may not be happening fast enough and many of the same concerns reinsurers saw in 2015 persist – namely the need to modernize through digitizing. 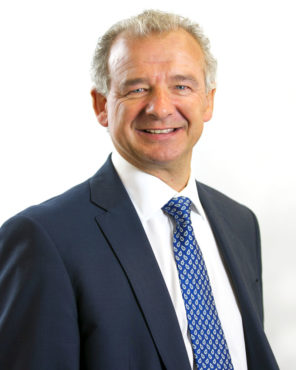 In 2015, for example, M&A, soft market conditions and the need for modernization all proved to be top concerns for surveyed reinsurers.

After a 187% increase in M&A activity last year, it is no surprise that cultural integration, operational alignment, system integration and resource duplication were among the main concerns for reinsurers this year.

Additionally, 81% of those surveyed named soft market conditions as one of their top five concerns, while 69% recognized regulation as a top challenge (making it the second-most pressing concern).

The fact that these concerns have shown no signs of abating in the past 12 months has put the industry at a tipping point and the demand for change has never been higher. Technology is at the crux of the drive for change, with an almost universal consensus that a fundamental shake-up needs to happen now.

Here is how this shake-up could play out over the next year.

The idea that the insurance industry lags in terms of technology adoption is certainly nothing new. But 2016 sees a real call to arms, with insurers taking on the mindset that if they do not adapt, they will not survive – especially on the global stage.

For example, those with reinsurance companies know that traditional, face-to-face functions need to figure out how to digitize.

This is especially so in the London market where the entire insurance industry is based on face-to-face relationships.

North America is slightly ahead on this front because its vast geographical size has forced reinsurers to adapt to long-distance trading.

Not surprisingly, 54% of those polled are planning major investments in their IT systems in the next 18 months. This feedback is consistent with the results from the 2015 version of the survey.

As the reinsurance industry moves through 2016 and beyond, stakeholders are going to see a greater adoption of electronic interchange across the entire

reinsurance life cycle and an end to wasteful, duplicated administration efforts. Systems will seamlessly capture and transmit data across each stage of the insurance process. This will lead to an increase in the volume of business for reinsurers and the streamlined process will contribute to lower rates.

A subset of the technology revolution is cyber insurance. Cyber attacks pose huge risks to businesses across all industries, and this is where true innovators can break through the noise.

For instance, a British government report from this past May shows that two-thirds of major businesses in the United Kingdom have been hit by cyber attacks in the past year.

When asked about the main factors preventing companies from being better prepared for cyber attacks, 49% of the Xuber survey respondents say it was the complexity of the risk involved, followed by lack of skills in-house to assess risk (21%), companies not considering it a priority (15%), and a clear assessment of the costs of the risks involved (13%).

Insurers and reinsurers are aware of the vast amounts of sensitive data they hold as large global financial service players.

Losing or breaching any of this data can result in fines of epic proportions, not to mention a loss in reputation.

However, with cyber risk still being relatively new, many reinsurers are having trouble writing related policies. No clear track record exists for pricing cyber policies.

Plus, as reinsurers strive to be more technologically advanced and digitize their own information, they run the risk of exposure themselves.

One survey respondent even suggested businesses “cannot win” because the threat from cyber criminals constantly changes. Cyber security (and how to write policies for cyber attacks) will continue to be a hot topic for the insurance industry as experts explore the best way to handle the risk.

Insurers and reinsurers are aware of the vast amounts of sensitive data they hold as large global financial service players. Losing or breaching any of this data can result in fines of epic proportions, not to mention a loss of reputation.

INVESTING IN THE RIGHT TALENT

As reinsurance companies begin to implement new technology and enter the cyber market, it is important that they have the qualified talent to back their businesses.

In general, the insurance industry has not appealed to a younger, more ambitious workforce. It is not seen as an exciting industry. And for areas outside of London and New York City, the insurance talent pool is essentially dry.

Around the globe, the industry will address this gap in a few different ways. First, the push to digitize will act as a catalyst to bring in new, tech-savvy talent; second, the insurance industry has a unique opportunity to stand out and appeal to young graduates.

While many recent graduates clamour to join hot tech start-ups or giants like Google, the insurance industry presents an opportunity for a recent graduate to easily stand out among his or her colleagues and get a step ahead.

It is clear that 2016 will be a pivotal year for reinsurers everywhere. The survey results indicate that reinsurers see digitization as the key to change.

The way insurance is bought, sold and managed is changing rapidly, and insurers recognize the need to take an innovative digital-first approach to maintain their relevance with clients. Those who create solutions grounded in modern technology that deliver across the insurance value chain will thrive.

And the savviest reinsurers who act quickly will emerge as the winners.