If you were a teenager in the 1980s who played arcade video games, recent developments in the property and casualty insurance industry might remind you of Pac-Man.

Imagine the white dots as small insurance brokerage shops. The yellow player gobbling them up represents the large firms — including insurers and private equity — that are buying brokerages.

The current environment of mergers and acquisitions within the P&C industry is very busy, raising the issue of what it means for a brokerage to be independent.

Some insurance professionals say a brokerage is not truly independent unless it is owned by employees – specifically the brokers who are actually placing the business, says Steven Frye, a Toronto-based partner with Baker Tilly WM LLP. 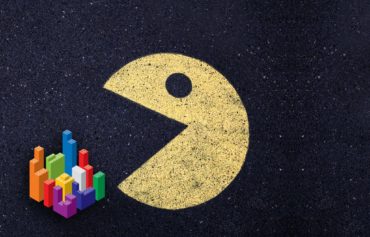 “That’s always been the mantra of a number of players in the marketplace for as long as I have been in the consulting world of insurance brokerages,” Frye says of his 30-plus years in the business of advising brokerage owners.

Frye was a partner with CW Partners (known in part for its Crystal Ball event) before CW merged in 2018 with Wolrige Mahon and Collins Barrow to form Baker Tilly.

Is the advice independent?
Certainly, many brokers would argue that a brokerage loses its independence when it is not owned by brokers. They would cite the example of an insurer or a private equity firm owning the brokerage.

But the key question is not so much who owns whom, says Colin Simpson, CEO of the Insurance Brokers Association of Ontario (IBAO). Instead, ask whether the advice that the broker gives to the consumer is independent.

For example, in an insurer-owned brokerage, as long as parent company does not provide an incentive to place with that insurer, the brokerage can be considered independent, Simpson says. “What we try to advocate to consumers is the quality of that advice,” he says. “So, there is confidence in getting the correct insurance advice when you approach a broker, regardless of the corporate structure.”

In its membership rules, IBAO says a brokerage is not truly independent if a financial institution has “de facto control” over it, says Simpson.

But regardless of who the ultimate owner is, if a brokerage is operated in accordance with the Registered Insurance Brokers of Ontario (RIBO)’s code of conduct, then consumers are getting independent advice, says Simpson. He refers to section 14, paragraph 7.1 of RIBO’s code of conduct, which states: “A member shall disclose in writing to a client or prospective client any conflict of interest or potential conflict of interest of the member that is associated with a transaction or recommendation.”

So, if the consumer is not getting independent advice – if there is influence by ownership to place business with one firm instead of another – then this should be disclosed to the customer. “I think the importance here is not the corporate definition of independence,” says Simpson, “but obtaining for consumers advice independent from influence. That’s the real key.”

Structure matters
What about the situation of a holding company, which can own multiple corporate entities?

On the matter of corporate structure, Simpson draws a distinction. On the one hand, an insurance carrier could own a brokerage outright. On the other hand, a holding company could own a carrier and brokerage as separate legal entities. Simpson points to Intact as an example of the latter. The publicly-traded company is Intact Financial Corp. The Canada Brokerlink Inc. subsidiary is a separate legal entity from the insurers, which include Intact, Belair, Jevco, Novex, The Nordic, Trafalgar and OneBeacon.

Some brokers are very particular about merging with or selling their business to entities that may be associated in some way with an insurance company or direct writer, Frye observes. To whom they sell to is a matter of personal choice, circumstances, and philosophies.

“The question of independence comes up quite often,” says Frye. “Depending on how a broker feels about being directly involved, it will often influence to whom they will sell or with whom they will merge.”
In Ontario, the signs of a consolidating brokerage market are clearly present. At least one out of 20 IBAO member brokerages (5% to 7%) merge in any given year, Simpson reports. Among IBAO members, the number of individual licensed brokers is increasing, while the number of single businesses is dropping. IBAO estimates 95% of Ontario brokerages have 100 or fewer employees while 97% have 100 or fewer licensed brokers. Slightly more than a third, or 35%, have five or fewer licenced brokers; another 23% have six to 10.

Preserving the channel
Last year, High River, Alta.-based Western Financial Group expanded into Ontario with the acquisition of Axion Insurance Services Inc. and DMW Insurance Ltd. At press time, Western Financial had nearly 180 brokerages, most of them based in Western Canada.

Western is owned by Trimont Financial Ltd., a subsidiary of The Wawanesa Mutual Insurance Company. Trimont acquired Western in 2017 from Desjardins. At that time, media reports quoted Wawanesa CEO Jeff Goy as saying Trimont bought Western Financial as “an investment in distribution of insurance through brokers, to preserve that channel.”
Desjardins, which bought Western in 2011, was using the Western Financial brand to access markets that would have been difficult to access otherwise, Sylvie Paquette, then-president of Desjardins General Insurance Group, said at the 2015 CIP Symposium.

For its part, BrokerLink acquired three brokerages in Alberta alone this past May. Intact declined to comment for this article but Paul Meyer, BrokerLink’s head of acquisitions, told Canadian Underwriter earlier that BrokerLink did 35 acquisitions in 2017 and 2018 and plans to keep going at the same pace.

“We like a stake in the ground in the communities we are in,” Meyer said at the time.
Another brokerage with an owner that is associated with a carrier is Noble Insurance Limited, which has offices in Barrie, Collingwood and Alliston, Ont. Noble was acquired by Gore Mutual in 2017. Noble says the acquisition by Gore has “no impact” on which company Noble places a client’s insurance with.

For Gore, the reason for buying Noble was similar to Wawanesa’s rationale for buying Western Financial. During the 2017 IBAO convention, Gore CEO Heidi Sevcik said the Noble deal was partly about securing Noble in the broker channel.

Quite often, changes in ownership lead brokerages to lose their books of business, either to a competitor or to a direct or agent company, Sevcik said at the time. A recent example of this is Cadieux Beausejour Dupras Inc., a brokerage based in Saint Jérôme, Que. The Co-operators Group Ltd. announced Aug. 27 it is buying Cadieux Beausejour Dupras, which will become a Co-operators agency.
Eight months earlier, the Co-operators bought two Ontario brokerages: Redfords Insurance Brokers, located in Pickering, as well as Robinson & Associates Insurance Brokers, which has offices in Niagara Falls and Ridgeway.

“Insurance companies have been taking positions in insurance brokerages to protect [the brokerage’s] business, and/or because they are committed to distributing or having their business or product distributed through them,” says Frye. “Larger brokerages want to continue growing; they find it strategic to buy smaller brokerages that they can tuck into their existing plant and be able to develop bigger books of business with their insurance carriers.”

Here comes Wall Street
Some brokers do not think you are independent if you are owned by passive investors such as private equity, Frye observes.

One private equity firm with a major ownership stake in some major Canadian brokerages is San Francisco-based Hellman & Friedman LLC. Funds managed by Hellman & Friedman own the majority of Chicago-based Hub International Group, which acquired 13 Canadian brokerages in Canada in 2018 alone, as A.M. Best reported this past July. Hub’s Canadian companies include HKMB Hub and Totten Group, as well as online brokerage Insurance Hunter.

One privately-held firm, Princeton Holdings, based in Cambridge, Ont., owns a brokerage, a managing general agent, and a carrier. However, Princeton announced in August that it has agreed to sell its carrier, The Guarantee Company of North America, to Intact. Princeton is keeping retail brokerage Cowan Insurance Group while agreeing to sell its MGA, Frank Cowan Company Limited, to Intact. At press time, the sale of The Guarantee and Frank Cowan to Intact had not closed and is subject to regulatory approval.

Regulatory watchdogs
What happens if the ownership among carriers and brokerages becomes so concentrated that consumer choice becomes a concern? Would regulators step in?

Provincial
Brokers’ market conduct is provincially-regulated. In Quebec, for example, “there are rules in place that limit ownership of ‘financial institutions, financial groups or legal persons related thereto’ in damage insurance firms that act through brokers,” says a spokesman for the province’s financial services regulator, Autorité des marchés financiers (AMF). “Firms must also disclose to clients the business relationships that they have with insurers.”

Why the beat goes on
Well-run brokerages are piquing the interest of private equity firms – from the U.S. in particular, suggests Frye.

“I think folks outside of the industry are becoming aware of facts that people in the industry have known for a long time, and that is, well-run insurance brokerages are excellent cash flow-generating units,” says Frye. “What that has led to – and this is more recently prominent – is that we have a number of players from outside the industry coming into Canada to look for opportunities in the insurance brokerage world.”

There is also the technology piece.

“Consumer servicing requirements continue to evolve,” says Simpson. “Quite often, that requires larger investments in technology and capability that sometimes – not all the time, but sometimes – is generated through scale. When you are investing large sums of money in technology, it gets difficult, if you are a smaller size. As delivery of products and services evolves, I think you will see the pace of mergers and acquisition pick up.”

As long as brokerage owners from the Baby Boomer generation are thinking of succession plans, those brokerages will continue to be fodder like the dots in the Pac-Man maze. “There’s always more demand for brokerages than there is supply,” Frye says.