2013 Alberta flood victims “not even aware” of risk: ICLR speaker

Calgary’s flooding in 2013 may have left an indelible impression on the insurers that underwrote the risk, but not so much for Calgary residents. 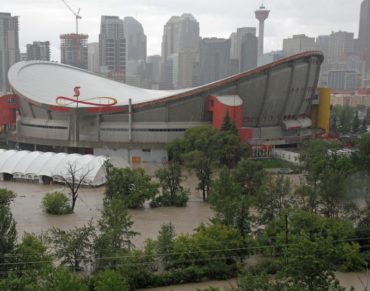 “There’s an education piece that is missing” for homeowners, Tim Haney, a sociology professor at Mount Royal University in Calgary, wrote last week in an e-mail to Canadian Underwriter. Haney was commenting on his study of floods that hit southern Alberta in the late spring of 2013.

Many Calgarians participating in Haney’s study “did not even know they were living in flood-prone areas,” said Haney. “Most flood losses are a result of building in location that are too close to hazards.”

Haney’s study, Rising Waters, Difficult Decisions: Findings and Recommendations from the Calgary Flood Project, will be a topic of discussion at the next Friday Forum webinar hosted by the Institute for Catastrophic Loss Reduction (ICLR). The forum is scheduled 10:00 to 11:30 a.m. Eastern Daylight Time March 23.

The 2013 Alberta flooding event had total economic losses of about $6 billion, Insurance Bureau of Canada reported earlier, but the insured loss (mainly sewer backup) was much lower. Much of the damage was uninsured because until 2015, home insurance did not generally include overland flood. Areas affected in 2013 included a large portion of central Calgary, including the Scotiabank Saddledome, home of the Flames NHL hockey team and Stampeders CFL football team.

Haney’s areas of research include how families and communities prepare for events such as flood, wildfire, hurricanes and oil spills.

The 2013 southern Alberta flood ranks third on the list of most expensive disasters to the Canadian P&C industry (topped only by the 2016 Fort McMurray wildfire and the 1998 ice storm affecting Quebec and Eastern Ontario).

In Calgary in 2013, “many residents did not hear the evacuation order, or did not believe that it applied to them,” ICLR states.