Weak investment results and problems with auto insurance in most provinces were among the factors leading to a bad year for insurers in 2018, Insurance Bureau of Canada’s chairman suggests.

“Last year was not a good year for the property and casualty industry in Canada,” IBC chairman Kenn Lalonde said during the association’s annual general meeting April 25.

The industry had a $419-million underwriting loss in 2018, said Lalonde, who by day is CEO of TD Insurance and executive vice president of insurance for TD Bank Group. 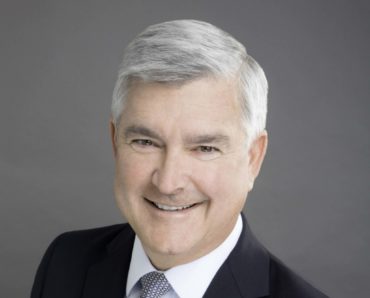 Kenn Lalonde, chair of the Insurance Bureau of Canada and CEO of TD Insurance

There are “strains in auto insurance in almost every province of the country,” Lalonde said during the AGM, held at Vantage Venues in downtown Toronto.

Distracted driving and the cost of repairing damage to late-model vehicles are among the factors insurers cite when attributing their auto loss ratios.

In the largest province, insurers cannot change rates without approval from the Financial Services Commission of Ontario. When deciding whether or not to approve insurers’ proposed rates, FSCO’s benchmark is a 5% return on premium, a FSCO spokesperson told Canadian Underwriter April 24, the day before IBC’s AGM. For the first quarter of 2019, approved rates will increase by an average of 2.7% when applied across the total market.

In Alberta, the government put a 5% ceiling on rate increases, which remains in effect until August. More recently, the April 16 Alberta election resulted in a change in ruling party from the New Democratic Party to the United Conservative Party.

IBC has been making the case for change in Alberta “with passion and with math,” IBC CEO Don Forgeron said during the AGM.

“Going forward, we will rely on (IBC member companies) their teams, brokers and other stakeholders to help us share the industry’s messages with the new government. There is much work to be done in Alberta and we are cautiously hopeful.”

Auto was not the only factor leading to disappointing financial results for the industry last year.

“The sheer number of events put strain on our industry to respond to our customers’ needs as quickly and effectively as we all would have liked.”

MSA Research reported earlier that the largest two events in 2018 were the southern wind storm of May 4-5, and the Ottawa area tornadoes of September 21.

In its quarterly outlook report for the fourth quarter of 2018, MSA released statistics on the Canadian industry. MSA reported net investment income was $2.27 billion in 2018, down 33% from $3.4 billion in 2017. Net income dropped from $4.87 billion in 2017 to $3.69 billion in 2018. MSA’s numbers did not include the government-run auto insurers in British Columbia, Saskatchewan and Manitoba.