50% of citizens in large cities will share personal data with smart city programs by 2019: Gartner

Half of citizens in million-people cities will benefit from smart city programs by voluntarily sharing their personal data by 2019, according to new research from Gartner Inc., an information technology research and advisory company based in Stamford, Conn. 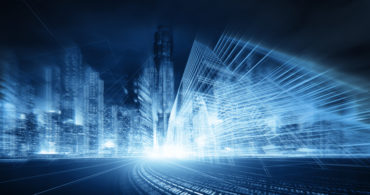 Gartner noted in a press release on Thursday that the rapid pace of technological and societal change has given government chief information officers a new sense of urgency and a willingness to experiment with smart city and open data initiatives. “If managed effectively, this shift will position governments at the core of technological innovation in society,” the company suggested.

“As citizens increasingly use personal technology and social networks to organize their lives, governments and businesses are growing their investments in technology infrastructure and governance,” said Anthony Mullen, research director at Gartner, in the release. “This creates open platforms that enable citizens, communities and businesses to innovate and collaborate, and ultimately provide useful solutions that address civic needs.”

As a result, Gartner predicted that by 2019, 50% of citizens in million-people cities will benefit from smart city programs by voluntarily sharing their personal data. The volume and diversity of the data generated by citizens will continue to grow in line with the proliferation of consumer devices and the Internet of Things (IoT), the release added. Citizens will experience some of the benefits of sharing data passively, through government and commercial collaboration. As this hyperconnectivity picks up pace, however, citizens will become more aware of the value of their “life data” and will be willing to proactively exchange it for “in the moment” value, according to the research titled Predicts 2017: Government CIOs Are Caught Between Adversity and Opportunity.

This process of data sharing is being accelerated by the demand for efficiency and convenience, Gartner said. For example, one of the major barriers for citizens interacting with government is the complexity of engaging via a variety of touch points. “A simple question such as ‘Am I eligible to vote?’ can lead citizens through complex processes and rules and onto a variety of websites.”

Citizens, therefore, are turning to conversational platforms like virtual personal assistants and messaging bots over traditional apps and websites. Governments are also adapting to this change. For example, the Utah Department of Public Safety provides a practice exam for its drivers’ license via Amazon Echo, and Singapore is collaborating with Microsoft on its “conversation as a platform” initiative to develop chatbots around a number of public services.

One consequence of this is that the volume of machine-readable data generated on how citizens interact with government and their city is rapidly growing, creating a huge opportunity to develop open data portals that can increase efficiency, improve citizen experience, drive innovation and generate revenue for government organizations.

“Open data portals in cities are not a new thing, but many portals today have limited machine readability and therefore limited business value,” said Bettina Tratz-Ryan, research vice president at Gartner, in the release. “The city becomes ‘smart’ when the data is collected and governed in a way that can produce valuable real-time streams, rather than just backward-looking statistics or reports.”

Some cities are already building data marketplaces, especially in light of the increasing streams of data from the IoT. Gartner noted that one “early mover” is Copenhagen Data Exchange, which takes the very first steps of connecting citizens to data, providing online city records and a mix of lenses through which to view the information.

The next step in building a true marketplace is to present and orchestrate this data for more business-oriented benefits. Gartner predicts that 20% of all local government organizations will generate revenue from value-added open data through data marketplaces by 2020. The key to monetization will be automating and extending the user experience to allow citizens and businesses to discover and prepare data, and to find patterns and share them within their community or organization.

“Users will have a number of options to ‘pay’ for data access depending on the use case,” said Tratz-Ryan. “A normal citizen may simply participate via data democracy and have free access in return for providing their own data, whereas commercial use may require sharing revenue with the data owner, or buying a license to access an enriched data source.”