The $50 plumbing part that could help prevent a flooded basement

Looking to advise homeowners on ways to reduce basement flood risk? Consider reminding consumers to shut off the water flowing to the garden hose in winter.

A frost-free hose bibb is intended to prevent pipes from splitting when water freezes. In essence, the device is meant to ensure there is enough air in a pipe into which the ice can expand, reducing the risk of the pipe cracking. 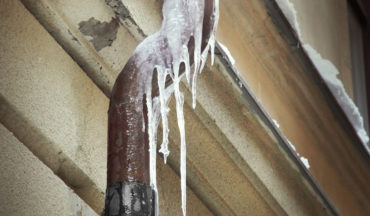 “One of the big things that is surprising to me is [lack of a] frost-free hose bibb for the outside of the house,” Clarke said.

One Canadian home improvement retailer is advertising frost-free hose bibbs for less than $50 before tax.

With a frost-free hose bibb, “if it does get cold … there is a pocket of air and the pipe won’t rupture,” said Clarke. By contrast, if a pipe in the basement leads to the outdoor tap without a frost-free bibb, and it has not been drained of water, “the second it gets cold, it freezes and splits,” Clarke added. “To get a plumber to install one can save you a lot of mess.”

Other ways to reduce basement flood risk include filling cracks in the foundation, ensuring the ground slopes away from the foundation, and having backflow valves, which are designed to close if water or sewage backs up from the main sewer.

Brokers should tell homeowners with sump pumps to make sure there is battery backup. “In the event of a serious storm, when there’s no power, that’s the time they tend not to work so well,” Clarke said.