$6,000 fine over how brokerage held itself out to the public

A brokerage in Manitoba has been fined $6,000 after a complaint to the regulator that representatives of the brokerage’s sub-agency were holding themselves out to the public under a trade name for which they were not licensed to do business.

The Insurance Council of Manitoba’s decision refers to Optima Insurance Group’s sub-brokerage only as ‘Agency B’ in its Oct. 10 decision. Essentially, Optima Insurance Group and its sub-brokerage, ‘Agency B,’ are separate legal entities with no financial interest in each other — a fact that is disclosed on Optima’s website. Agency B operated under an unspecified ‘trade name,’ which was not disclosed in council’s decision. 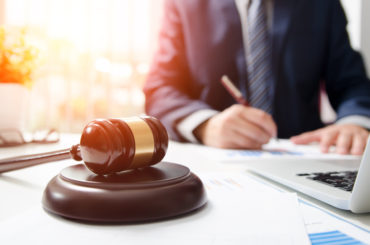 Council’s contention, disputed by Optima, was that representatives of Optima’s sub-brokerage, Agency B, were holding themselves out to the public under the unspecified trade name while they were not licensed to do business for Agency B. [In one instance, a representative was licensed to do business for Optima, but not the sub-brokerage that operated under the unspecified trade name.]

Council levied a fine against Optima’s operating agent in Manitoba, finding him responsible for making sure that Agency B’s representatives were licensed to do business under the sub-brokerage’s trade name.

Section 391 of the Insurance Act in Manitoba defines the rules by which brokers are allowed to hold themselves out to the public. Simply put, brokers who are “engaged in the insurance business, by means of advertisements, cards, circulars, letterheads, signs or other methods” must hold themselves out to the public under the business trade name that appears on their licence.

“The agency [Optima] had an arrangement with the insurer whereby the insurer paid a monthly flat fee to [Optima] for sales and services performed under the trade name,” the council’s decision reads. “[Optima’s] licensees held themselves out to the public as representatives of the trade name, which is a trade name registered to Agency B, for which they did not hold a valid licence. Each of these individuals, including the licensee [Optima’s operating agent], had received letters advising them that to hold out in a name other than that on the licence was a violation of the act….

“The overt and repetitive use of the trade name, when activity was carried out by the agency [Optima], was misleading and a violation of public policy; consumers are entitled to understand the entity with whom they are transacting business.”

After receiving a letter from the council, Optima changed its internal protocols to include changes to inbound and outbound telephone communications identifying staff as representatives of the agency [Optima] acting on behalf of the trade name, the council noted. In addition, their email correspondence showed the signature as “[The Trade Name] as administered by [Optima].”

In the council decision, Optima took issue with the regulator’s claim that one of its representatives, who was unlicensed to business under Agency B’s trade name, was acting as an insurance broker.

“The licensee [Optima’s operating agent] noted his position that Individual A did not act as an insurance agent but was acting in an administrative capacity: collecting and confirming basic information,” council’s decision states. “According to the licensee, the individual did not act as an agent because she ‘did not discuss coverage, did not provide a quote, and did not provide any information about insurance or give any advice or recommendations about insurance to the caller.’ Individual A had clearly noted that she was not a licensed agent, stating three times in the conversation that the quote would be provided by a licensed individual.”

Council was not persuaded by the argument.

“Regardless of verbal disclaimers that she was not a licensed agent, Council determined that Individual A acted as an agent by engaging in asking underwriting questions which are fundamental in the negotiation of insurance,” the regulator ruled. “Applicants discussing the details of their property would have an expectation that the individual met the legal requirements of the jurisdiction in which the business was being conducted.”