A ‘creative’ way of rolling out vehicle sharing insurance

There are more than two million RVs in Canada and they are typically used four weeks out of year, RVezy founder Michael McNaught said Tuesday in an interview. So for 11 months out of 12, many RVs are not getting used but are depreciating in value. 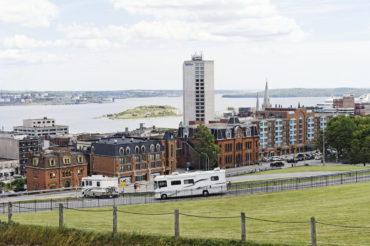 But if your clients want to rent out their motor homes, their personal auto insurance won’t cover this because it is commercial use, McNaught said. A commercial auto policy could cost an RV owner upwards of $6,000 a year, added McNaught.

So what RVezy did was buy a commercial fleet policy through Aon, underwritten by Intact Insurance.

“Our fleet is comprised of other people’s vehicles – kind of a creative way of getting this insurance rolled out,” said McNaught.

This means the named insured is RVezy but the RVs can be covered while rented out.

McNaught is hoping to get it approved by regulators in Newfoundland and Prince Edward Island.

The Intact policy insuring RVezy provides $2 million in third-party liability coverage. RVezy says it screens renters and verifies licences prior to letting people rent RVs. Renters are liable for physical damage and can choose a deductible.

Owners can list their RVs on RVezy and communicate with potential renters. People wanting to rent an RV can browse through RVezy listings and place booking requests.

RVezy charges a 15% service fee and this includes insurance.