The Court of Appeal for British Columbia has doubled a tort award, for loss of future earning capacity, for a motor vehicle accident victim who had suffered several concussions before he badly injured his head in a rear-end collision.

On May 25, 2016, Callum Dornan, then 24, was a back-seat passenger in a Jeep Wrangler Rubicon that was rear-ended on Highway 99 north of Squamish by a large Ford truck.

The jeep was badly damaged. Dornan was taken to hospital and diagnosed with a concussion. He had hit his head on the front head rest, rear headrest and roll cage.

In his 32-page ruling, trial judge Phillip Mayer found it likely Dornan would eventually be able to return to gainful employment, but the judge was uncertain as to how soon Dornan could return on a part-time basis. One of his previous jobs had been adventure photographer. In 2014 Dornan was a supermarket supervisor and in 2015 Dornan was hired as a front desk representative in the employee experience department at Whistler-Blackcomb.

The main reason Dornan appealed the 2019 ruling was the 30% “contingency deduction” that Justice Mayer applied to several heads of damages including future earning capacity and pain-and-suffering.

In its 53-page ruling, the appeal court also reduced – from 30% to 10% – the contingency deduction from the past loss of income-earning capacity award. In adding to the total damage award, the appeal court reduced – from 30% to 15% – contingency deductions from each of the trial awards for non-pecuniary damages, loss of future earning capacity and future care costs. 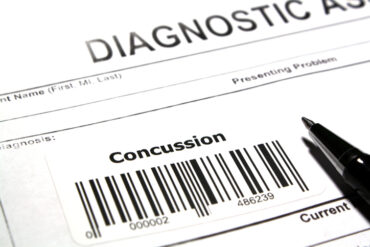 Those 30% contingency deductions were made because Justice Mayer took into account a number of concussions Dornan suffered before the accident. Starting at the age of 16, Dornan sustained between eight and ten concussions of varying severity, most of which occurred while playing hockey. Some of those concussions caused Dornan to lose consciousness.

Prior to the 2016 vehicle collision north of Squamish, Dornan’s most recent concussion occurred in November 2015 when he flipped upside down and hit his head while skiing.

Justice Mayer found it was likely – if it were not for the May 2016 motor vehicle accident – that Dornan would have suffered another concussion, in any case, within one to three years of 2016. In addition to hockey and skiing, Dornan’s hobbies before the collision included mountain biking and white-water kayaking.

Had Justice Mayer not applied the 30% deduction to loss of future earning capacity, Dornan would have been awarded $300,000, not $210,000, under that head of damage.

While the appeal court disagreed with some of Dornan’s arguments, the appeal court did rule that Justice Mayer made an error in his approach. As trial judge, Justice Mayer was supposed to have first determined whether a hypothetical future event (in this case a concussion) is a real and substantial possibility. If the answer was yes, then the judge was supposed to determine the relative likelihood of the plaintiff suffering a future injury, Justice Christopher Grauer wrote for the appeal court in its unanimous ruling.

The original decision quoted several medical experts. Based on their testimony, it was open to Justice Mayer to conclude, on the evidence that there was a “real and substantial possibility” that Dornan would have had another concussion in or after 2016 had it not been for the motor vehicle accident, Justice Grauer wrote. But he went on to suggest that the trial judge’s original 2019 decision did not include analysis that would justify how the court arrived at the conclusion that Dornan would likely have suffered a concussion within one to three years, in any case.

Quoting Bouchard v. Brown Bros. Motor Lease Canada Ltd., released in 2012 by the B.C. appeal court, Justice Grauer noted in Dornan that a trial judge can reduce awards for pain and suffering, as well as loss of future earning capacity, if there is evidence that a plaintiff would, in any event, have experienced serious health problems. But in Bouchard, the provincial appeal court said a trial judge also has to analyze the time element.

In Dornan, the appeal court also found the $300,000 loss of future earning capacity award (before contingency deductions) made by the trial judge was inordinately low.

The trial judge did not go so far as to find that Dornan would ever return to normal, and two expert witness acknowledged the possibility that Dornan could suffer permanent cognitive deficits, wrote Justice Grauer.

Calculating the income a plaintiff could have made, in the future, is not an exact science. In Dornan’s lawsuit, the appeal court estimated Dornan would in future earn $1.2 million, over his lifetime, if it weren’t for the accident. An economist who gave evidence at trial estimated Dornan’s potential future income, had it not been for the accident, at about $1 million, based on an annual salary of $26,550 until the age of 67.

At trial, Justice Mayer ruled that Dornan temporarily lost the ability to take advantage of all job opportunities that might otherwise have been open to him, but that with further treatment and education his prospects would improve.

An expert witness – who provided a vocational assessment – said that in order for Dornan’s condition to improve, he would not only need to respond to treatment but would also need a graduated return to work, the right kind of work, and accommodations.

“None of these is conducive to competing easily in the employment marketplace,” Justice Grauer wrote, explaining why the $300,000 future income loss award was inordinately low. “There was a real and substantial possibility that his progress would grind to a halt because of a further injury to his head, which was now much more vulnerable thanks to the collision.”