A sign that insurers are actually investing in technology

Insurers have talked about the need to be more digital for years now but there is one clear sign that they’re actually following through on their plan, according to a KPMG insurance expert: A significant number of them are investing in insurtechs.

But it could still be a few years until the fruits of such labour are realized, warned Aviva Canada CEO Jason Storah.

Insurers are investing so much that it’s an “incredible trend,” said Laura Hay, global head of insurance at KPMG International. The fact that so many insurtechs are seeing more investments is a signal that insurers are turning to them to help boost their digital offerings.

“Insurance companies are saying, ‘I’ve got to do something different; it’s time to accelerate my digital transformation. I’ve been talking about it a lot, but I really need to move forward.’ One of the early indicators that companies are starting to invest in technologies is to look at funding of insurtechs as an early indicator,” she said during the recent virtual KPMG Insurance Conference.

According to its own research, KPMG found that “the third quarter of 2020 showed incredible insurtech spending” as 73% of insurtechs raised capital in the quarter, she reported. It’s the first time those numbers have reached such heights. 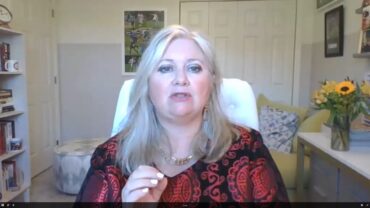 “We’re seeing this mega shift in terms of companies finally starting to put their put their money out there and start to invest in technologies that might help them respond to the needs of the customers as they as they go forward,” Hay said. “It’s a clear indication that things are moving along.”

KPMG also gauged customer sentiment in a series of what Hay called “touchpoints.” And in its latest round of surveying customers, “40% said they want efficient processing of claims, which is really screaming for the digital agenda.”

And it appears their calls are being answered: insurers seem to be placing their focus on claims. It’s an area that saw a surge as the pandemic hit, primarily in terms of inquires and claims submissions. “And it really highlighted the need for claims processes, in particular, to be more streamlined, or digitally enabled,” Hay said.

Ray Chun, president and CEO of TD Insurance, told Canadian Underwriter recently that his company had a take-up rate of 15% for its photo estimating app software pre-pandemic. Now it’s 85%, which showcases just how much demand there is for digital capabilities and the need for insurers to answer that call, he said in an interview.

Storah spoke later during the KPMG conference and highlighted other areas that need a digital acceleration.

“The thing that the industry and the thing that we’ve all got to do in insurance is: The digitization needs to take away the admin of insurance,” he said during his keynote address. “To me, it’s a complete waste of time that people have to answer the number of questions they do when insurance companies can pull a lot of that data.”

The transactional administration part of the insurance buying process is a big timewaster as far as he’s concerned. That time could be better spent understanding the coverage they’re buying or exploring other options they may need. 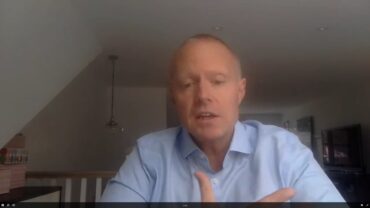 Jason Storah of Aviva speaks during the virtual KPMG Insurance Conference on Nov. 24

“And digitizing the insurance transaction, I think, will go a long way to getting rid of that admin and so insurance brokers and insurance company employees can spend time on the value-added part of the insurance purchase,” Storah said.

Tripping up some insurers is the fact that consumers are looking outside of the industry to set their expectations of how the digital experience should be in insurance, Hay noted. However, insurers are comparing themselves to each other to grade their digital prowess.

“Nearly two thirds — 64% — are comparing themselves to other insurers,” she reported. “But I think we need to be starting to compare ourselves to companies outside of the insurance industry for best expectation.”

It’s going to take investments in capital to transform their operating models and actually move up in the eyes of the customer, she stressed.

“At the end of the day, insurers have stayed on the COVID coaster, and they must transform to re-emerge. There’s no going back to pre-COVID. Customers continue to expect and demand more from insurers. And insurers need to focus on their expectations,” Hay said.

“Listen, COVID has created opportunities but also threats and accelerated trends. And that’s going to require a really strong understanding for insurers around their strategy, their purpose and their operating model.”