Advanced analytics and other emerging technologies are revolutionizing the way governments and public service agencies are trying to address citizen demands, helping to overcome persistent challenges such as regulatory compliance, outdated legacy IT infrastructures and organizational cultures, according to a new research report from Accenture. 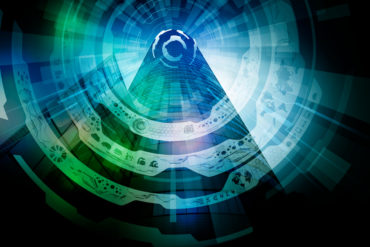 Accenture’s report, titled Smart move: Emerging technologies make their mark on public service, was released on Tuesday. The global professional services company conducted an online survey of 774 “technology leaders” in public service organizations across all levels of government in nine countries: Australia, Finland, France, Germany, Japan, Norway, Singapore, the United Kingdom and the United States. The study examined the adoption of emerging technologies across agencies with the “most direct interaction with citizens or the greatest responsibility for citizen-facing services”: health and social services, policing/justice, revenue, border services, pension/social security and administration.

The survey found that while more than two-thirds (70%) of public sector agencies are evaluating the potential of emerging technologies, only a small percentage (25%) are moving beyond the pilot phase to full implementation. “This indicates that awareness is not translating into realized value for the majority of agencies surveyed,” Accenture said in the release. “While most agencies are using traditional business technologies, emerging technologies – like advanced analytics that include predictive modelling – are making the biggest inroads.”

“Emerging technologies are proving to have tremendous potential value for enabling public service agencies to not only meet their key internal resource challenges, but also provide innovative approaches to address the evolving needs of their citizens,” said Terry Hemken, who leads Accenture’s health & public service analytics insights for government business. “Agencies need to rotate to the new, embracing the full value of using data to take advantage of the power of social, mobile and self-serve technologies that the world is demanding.”

According to the report, nearly half (48%) of the agencies already implementing advanced analytics technologies that include predictive modelling said their chief objective in implementing these tools is to improve and support their employees’ work, and four-fifths (80%) of respondents said that implementing emerging technologies will improve employees’ job satisfaction.

Advanced analytics are being commonly used to measure agency performance, with half of respondents at both pensions/social security and revenue agencies ranking it the top priority (50% and 49%, respectively), the release said. Addressing data privacy and security issues is the most common use for analytics across several types of agencies, cited by 52% of respondents at border services agencies, 46% at revenue organizations and 39% at pension/social security agencies.

By contrast, improving service delivery to meet customer expectations was one of the lowest-rated uses for advanced analytics, with only 2% of border services agencies, 5% of pensions/social security agencies, 6% of policing/justice agencies, 7% of revenue agencies and 8% of administrative functions agencies identifying it as a top priority. Integrated social service agencies, at 15%, had the highest percentage of respondents citing “improving service delivery to meet customer expectations” as a top priority for using advanced analytics, Accenture reported.

But when the priority is improving citizen satisfaction, officials chose more emergent technologies such as video analytics, biometrics, machine learning and IoT, according to survey results. More than three-fourths (78%) of respondents reported that implementing machine learning technologies are “either underway or completed.”

The survey also identified a range of benefits that agencies across all sectors are enjoying as a result of implementing advanced analytics and other emerging technologies, with the most-cited being establishing a better way of working through automation; innovating and developing new services; and reducing costs.

Respondents across all sectors identified reducing risk and improving security (73%) as top expected benefits when deciding to invest in emerging technologies, with revenue and pension/ social security agencies having progressed the furthest with piloting and implementing these technologies. Respondents at revenue, administration, policing/justice and border services agencies listed innovating and developing new services as the second-most expected benefit, the release added. Improving efficiency through automation was identified by integrated social services and pension/social security agencies as an additional expected benefit. And legacy systems were identified by 47% of respondents as one of their top barriers to implementation of intelligent technologies.

“Adoption patterns may differ by sector and geography, but it’s clear that public service agencies have an appetite for embracing emerging technologies to help transform the public service experience for citizens and employees,” Hemken said in the release. “Government leaders need to focus on [delivering] value and on adopting these emerging technologies while creating the kind of internal conditions that will inspire employees to embrace change.”