How to advise your clients on backwater valves

It’s all well and fine if your homeowner clients have backwater valves, but are they alarmed?

An alarm that tells occupants that a backwater valve has been activated “can be a very simple way to let people know if the water they’re using in their home is actually running down the drain or not,” Toronto-based Absolute Draining & Plumbing notes.

Homeowners with backwater valves should have alarms on them, agrees Larry Freiburger, director of operations at AET Group Inc. He spoke Wednesday during the launch of the Toronto Home Resilience Pilot Program.

A backwater valve is generally recommended by insurers as a means of reducing flood risk. It is supposed to prevent water from flowing up into a basement from a municipal sewer through a floor drain – something that happens often when a rain storm overwhelms the municipal sewer system. If a pipe has a backwater valve, the water flowing back will cause the valve to close. 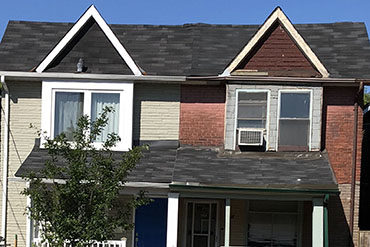 The valve “protects you from the city,” Freiburger said Wednesday. “It doesn’t protect you from yourself,” meaning that when the valve is closed, water from a shower or washing machine could flow back up the floor drain because it is not draining out into the sewer.

A backwater valve costs about $250 but needs to be installed by a plumber, said Cheryl Evans, director of the home adaptation program at the Intact Centre for Climate Adaptation, a University of Waterloo research centre funded by Canada’s largest property and casualty insurer.

The actual cost (including labour) of installing a backwater valve “can be into the thousands” noted Evans, also during the launch of the Toronto Home Resilience Pilot Program.

Under the pilot program, an inspector from AET goes to a participant’s home and spends roughly 90 minutes inspecting it. The cost of the inspection and report is $450 but the participant only has to pay $95. Contributors who subsidize the program include the Intact Centre and Insurance Bureau of Canada. The program will accept up to 200 participants.

“We are pointing out things to which they they can pay attention if they want to prevent water from coming into their house — and, if it does get in their house, how they can get it out,” Freiburger said. “Grading is huge. We want to make sure that whatever water is coming onto the property, there is a way to drain it away.”

Lindsay Bunce, the homeowner who hosted the launch of the Toronto Home Resilience Pilot Program, told Canadian Underwriter earlier that water tends to pool on the pathway between the home she shares with her husband and their neighbour to the south.

“It’s something we [initially] thought of more as a nuisance,” Bunce said. But as a result of the inspection arranged by the Intact Centre, she and her husband learned the pooling water “is quite a serious problem when we are thinking about potential flood and potential damage to our home.”

Bunce lives in a semi-detached home. She suffered basement flooding this past January when water came in through the shared wall on the north side after a pipe in the other home broke. The house on the other side of the wall is abandoned.