Five insurers and reinsurers – Aegon, Allianz, Munich Re, Swiss Re and Zurich – have launched the blockchain insurance industry initiative B3i, aimed at exploring the potential of distributed ledger technologies to better serve clients through faster, more convenient and secure services. 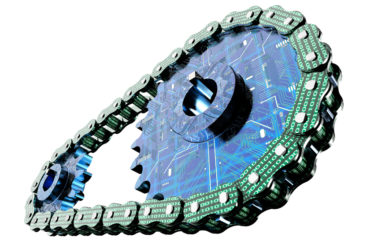 The five companies have agreed to cooperate for a pilot project, using anonymized transaction information and anonymized quantitative data, in order to achieve a “proof-of-concept for inter-group retrocessions by the use of blockchain technology,” Munich Re explained in a press release. With this feasibility study, the founding members aim to explore whether blockchain technology can be used to develop standards and processes for industry-wide usage and to catalyze efficiency gains in the insurance industry.

“If blockchain technology proves viable, it could well streamline paper work and reconciliations for (re-) insurance contracts and accelerate information and money flows, while greatly improving auditability,” Munich Re said in the release.

Blockchain offers “huge potential” for enabling digital contracts and transactions amongst multiple parties to be executed in a secure, transparent and auditable way, Munich Re noted. By establishing trusted relationships among all participants, blockchain has the potential to provide a consistent, automatic contract execution environment where transactions and contracts are stored on a shared ledger, thus reducing the administrative workload of multiple stakeholders to ensure contract consistency and execution. “The blockchain technology can only reach its full potential for stakeholders if implemented in a consistent and compatible way, based on minimum standards to exchange data and transactions via the technology,” the release said.

“Blockchain technology shows most of its potential only if it’s applied in a network of peers,” confirmed Harald Rosenberger, head of innovation at Munich Re. “Therefore we see a huge benefit for the insurance industry in doing this together in the blockchain insurance industry initiative B3i. With B3i we are in the position to explore and shape the future use of blockchain and to set the necessary standards for a true digitalization of insurance.”

Christof Mascher, chief operating officer of Allianz Group, said in a statement that “we are thrilled that Allianz is investigating emerging technologies such as blockchain together with other key insurance industry players. This initiative, enabling alternative operating models based on the blockchain technology, can help us increase transparency and efficiency and deliver a better experience to our customer.”

B3i will allow insurers and reinsurers to get a better insight into the applicability of the blockchain technology in the insurance market. In addition, B3i offers a platform to exchange insights regarding blockchain and potentially other technologies, use case experiments and research information, Munich Re added.

The initiative aims to facilitate the transition from individual company use cases to viable solutions across the entire insurance value chain. Such future development of a modern and efficient handling of insurance transactions will require common standards and procedures. Consequently, B3i is open to other insurers and reinsurers.