Alberta brokers should touch base with the new provincial government and explain how auto insurance rules needs to change, suggests the Insurance Bureau of Canada’s CEO.

“Our campaign for change moves into a new phase with the recent election of the United Conservative Party,” IBC CEO Don Forgeron said during IBC’s annual general meeting Thursday. “Going forward, we will rely on (IBC member companies) their teams, brokers and other stakeholders to help us share the industry’s messages with the new government. There is much work to be done in Alberta and we are cautiously hopeful.” 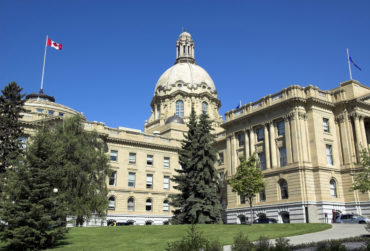 As a result of the April 16 election, United Conservative leader Jason Kenney will replace New Democratic Party leader Rachel Notley as premier of Alberta. The UCP did not make any promises on auto insurance during the election.

The NDP left its mark on the industry with a 5% ceiling on auto rate increases. That rate cap applies across the insurer’s total book of business, so individual policyholders could see rate increases exceeding 5%.

Up until two years ago, the Automobile Insurance Rate Board restricted rate increases to a maximum of 10% a year. In 2017, Finance Minister Joe Ceci ordered AIRB not to approve rate increases of more than 5%. The restriction was initially in until Nov. 30, 2018, then extended to August, 2019.

“The situation is, frankly, dire,” Forgeron said of Alberta Thursday during the AGM in Toronto’s financial district.  “For every premium dollar, insurers pay out up to $1.29 in claims and operating costs.”

IBC is not calling for rate increases for all motorists, Celyeste Power, vice president of the western region for IBC, told Canadian Underwriter in 2018. Instead, IBC is looking for some steps to put cost pressures under control – such as allowing insurers who use telematics to impose surcharges on bad drivers.

The 5% ceiling affects brokers because Alberta has a “take-all-comers” rule for auto insurance, said George Hodgson, CEO of the Insurance Brokers Association of Alberta, in an earlier interview. A carrier cannot reject an insurance application but can cancel a broker’s contract because the business placed by that broker is not of the quality that the insurer wants, Hodgson explained.

IBC has been making the case for change in Alberta “with passion and with math,” Forgeron said Thursday. “We are already extremely well-positioned with the UCP and have met with many of the elected MLAs, the transition staff and premier elect Jason Kenney.”