Scaldaferri – appointed chief executive officer for North America for Munich-based AGCS effective July 1 – continued having responsibility for the insurer’s aviation, energy, entertainment and marine lines of business, as well as for Allianz Risk Transfer, after he replaced Art Moossmann as CEO for North America.

AGCS announced in March that Moossmann would “hand over his leadership responsibility” for AGCS North America to Scaldaferri from July 1 “and will step down” from the firm’s board of management Dec. 31. 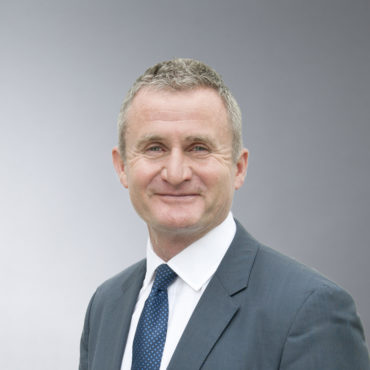 In North America, AGCS writes commercial property, liability, aviation and marine insurance, among other lines. In Canada, AGCS has offices in Toronto and Vancouver.

O’Neill’s appointment would “allow Mr. Scaldaferri to focus on AGCS’s North American business specifically, which reflects the growing strategic importance of that region within AGCS, post the integration of Fireman’s Fund Insurance Company,” AGCS said in a release June 29.

“Simon Buxton, currently AGCS Global Head of Reinsurance, will succeed Mr. O’Neill as Global Head of Marine and Energy on October 1, 2016,” AGCS added. “He will remain based in the London office of AGCS, and a successor for his current Reinsurance responsibilities will be announced in due course.”

O’Neill is a chemical engineer who previously worked in the Lloyd’s market. He joined Allianz as regional manager for energy in Singapore in 2003.

“With his core focus on the North American market, Mr. Scaldaferri will also hand over his current Board responsibility for Allianz Risk Transfer (ART) to Hartmut Mai, who is Chief Underwriting Officer Corporate for AGCS,” the company said June 29. “This move reflects the increasingly close interactions between the traditional Corporate lines of business of AGCS and ART’s Corporate Solutions division, which offers specialized alternative risk transfer and multi-line insurance solutions for companies.”