Allstate Canada said Monday it has debuted a “personalized app for the modern driver” as National Road Safety Week (May 14-20) kicks off in Canada. Several other insurers, including Intact and Desjardins, have apps based on telematics, which monitor driving behaviours. 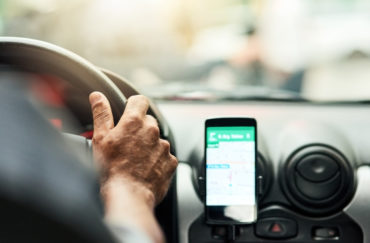 Allstate Canada’s personalized Drivewise app uses telematics technology to allow drivers to learn more about their driving habits after the completion of each trip. Drivers demonstrating safe driving behaviours can save up to 30% on their annual auto insurance premium. The assessment period is for six months, but the discount will continue, and program participants will also not experience an increase in their premium as a result of participating in the program, the insurer said.

The app is available to Allstate auto insurance customers in Ontario, Alberta and Nova Scotia. It will be rolling out the app in Quebec this summer.

“Every insurance company has customers who ask for lower rates because they say they are safer drivers,” said Glen King, director, product development and connected consumer with Allstate Canada, in a press release. “Our hope is that participants will feel empowered and encouraged to change their behaviours and become even better drivers as they gain awareness of their habits and adopt safer practices behind the wheel.”

King told Canadian Underwriter Thursday that Allstate Canada first launched a dongle version of Drivewise in Canada in 2014; it was a small telematics device that was installed into the car. “We have now switched to a new and improved app version of Drivewise.”

The biggest changes are the convenience of the app, and the removal of distance in the scoring mechanism, King explained. “Based on customer feedback from our dongle program we decided to remove total number of kilometres travelled as a factor in scoring the discount to allow those who commute significant distances to participate.”

While the insurer learned a lot from its dongle program, both in terms of technology and customer feedback and incorporated those learnings into the app, there are always ways to improve. “Actually, this is one of the best things about having an app rather than a dongle,” King said. “We can make enhancements available much easier.”

The app has even improved in the last few months since it was “soft launched,” he said. “For example, we came up with a solution for program participants to indicate ‘trips that aren’t mine’ for when they are a passenger in a vehicle. We are always learning, and we encourage our customers to provide feedback so we can continuously improve.”

Participants can download the free app, with the help of their local Allstate agent, to their Apple or Android device. Once downloaded, it monitor’s a customer’s driving and provides them with detailed information on their driving and estimated savings based on:

Earnings are customized to each participant.

Drivers in participating provinces can even download the TESTDrivewise version to track their driving habits for five trips and receive feedback to improve their driving skills, in addition to an automatic 5% discount for current customers. The test version is free to download and available to all drivers in participating provinces, even if they aren’t Allstate customers.