The Allstate Insurance Company of Canada announced on Monday that it is expanding its usage-based insurance (UBI) program Drivewise in Nova Scotia “after experiencing great success in the provinces of Alberta and Ontario.” 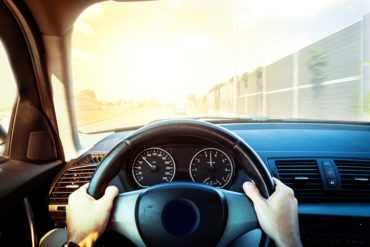 Drivewise rewards those who exhibit safe driving behaviours with lower auto insurance premiums, Allstate Canada said in a press release, adding that the program “offers safe drivers the highest saving potential in the industry with up to 30 per cent off insurance premiums.”

Using a small wireless telematics device easily installed within a vehicle, Drivewise captures and analyzes data on how a vehicle is driven and offers discounts for safe driving habits, Allstate Canada reported. Data measured includes time of day and number of kilometers driven, as well as speed and braking habits. Users have access to this data through an online portal, which allows them to monitor their driving habits.

“Usage-based insurance offers users the potential of reduced rates while also giving them the opportunity to learn more about their driving habits, as well as the behaviours of others who drive their vehicle,” said David MacInnis, vice president of product operations with Allstate Canada. “We hope programs such as this, that reward drivers for good driving behaviour, will help make our roadways safer, while reducing insurance costs.”

Once drivers are enrolled in the program and the device is installed, their driving will be monitored for a six-month period, Allstate Canada explained in the release. The data collected will be used to determine the earned discount (up to 30%) that will be applied at renewal. So far, of those participating in this program across the country, 70% are earning some form of a discount, the insurer reported.

“We designed Drivewise so that a customer’s premium will go down if they are shown to be a safe driver,” MacInnis said in the release. “We pride ourselves on offering the highest savings potentials in the industry, while also ensuring that if a Drivewise customer doesn’t qualify for a discount, their premium won’t increase as a result of participating in the program.”

Allstate Canada also provided tips for Nova Scotians who are considering signing up for a UBI program:

In April 2016, Allstate announced that it was using telematics to provide UBI to personal lines customers in Alberta. The insurer went live on April 1, 2016 with Drivewise, using technology from Huntington Beach, Calif.-based Modus Group LLC. “In Ontario, (Drivewise) has been live for a while now, so Alberta is our new addition,” Lisa McWatt, Allstate Canada’s director of brand innovation, said at the time.