What could have happened to Economical if it had rejected demutualization

Amalgamation with another insurer and going into run-off were among the options considered by Economical Insurance directors before the Waterloo, Ont. carrier started the demutualization process in 2015.

Mutual policyholders of Economical are scheduled to vote March 20 on a proposal to demutualize, the details of which are in a recently-released policyholder circular. As it stands, several more steps, including more policyholder votes and federal government approval, are needed before Economical could demutualize. 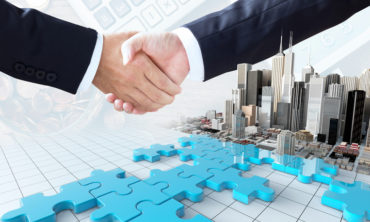 Demutualization would mean Economical starts the process of getting listed on a stock exchange and some policyholders could be issued hundreds of thousands of dollars worth of shares.

In a document released last month, Economical described several alternatives that a special committee, comprised of three members of the board of directors, considered before the board unanimously voted in favour of demutualization in late 2015.

One was to amalgamate with another P&C insurer. “The resulting amalgamated entity would be required by law to be a mutual P&C insurance company,” the company document states.

But the special committee concluded there are likely very few insurers that would be interested in amalgamating with Economical. This is because the combined firm would also have to be a mutual, and most mutuals have “small rural, regionally-based operations.”

The special committee is comprised of Economical chair John Bowey as well as directors Dick Freeborough and Susan Monteith.

The committee also considered the impact of entering into run-off.

“Economical Mutual and its P&C insurance subsidiaries could stop selling new insurance, gradually run-off their businesses in an orderly fashion as policies terminate, or sell their businesses and eventually cease operations.  The cash generated would be distributed to mutual policyholders over time as policy dividends or mutual policy distributions.”

That option is not in the insurer’s best interest, Economical said in its circular.

For one thing, a run-off is “subject to significant costs, risks, and uncertainties such as the need to retain capital for some time to support the run-off and unforeseen future contingencies.”

Key employees would likely quit if Economical went into run-off, the company suggested in its policyholder circular.

The board of directors voted in favour of demutualization in late 2015. Two committees – one of mutual policyholders and the other of non-mutual policyholders – were appointed by the Ontario Superior Court of Justice. Those committees did some confidential negotiation, which culminated in a conversion proposal that was submitted to the federal Office of the Superintendent of Financial Institutions in June 2018.

Unless two-thirds of mutual policyholders vote in endorse the conversion proposal March 20, the demutualization process will stop.