While things may not get any worse in the directors and officers (D&O) liability market, it’ll still be about another 18 months until things start to turn for the better, an expert in the area predicted.

“I don’t see it getting worse at this juncture, but certainly not to suggest it’s going to change for the better anytime soon,” observed Raj Aujla, Calgary-based managing partner, professional and executive risk leader at EQUA Specialty Risk Partners Corporation.

Aujla pegged late-2022 as when capacity would finally start to come back into the market. “I think this whole COVID situation is also going to influence that — when can we get back to normal? When can we conduct business meetings in person? When is the economy going to kickstart again? Because it’s been stalled for 15 months now,” he told Canadian Underwriter.

Aujla expects bad news to continue trickling out in the meantime, with the D&O liability segment continuing to be adversely affected by pandemic-related bankruptcies. “The market hasn’t seen the full brunt of the losses, I don’t believe,” he warned.

Even as the economy starts to recover, with vaccination efforts escalating and government lockdowns lifting, Aujla doesn’t expect insurers to be champing at the bit to take on more risk. Caution will be the theme and few, if any, are going to take on big bets.

“I think it’s going to be slow [to recover],” he said of the market. “I think everyone’s going to be a bit more conservative coming out of this cycle.” 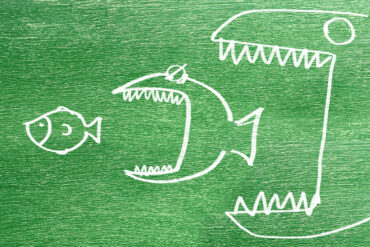 The current hard market in the D&O line is the worst Aujla has ever seen it over the course of his 23-year career. That’s thanks to a “perfect storm” of factors coming together, he said.

“When there’s an M&A event, you take out competition,” he assessed. “Basic economic supply-and-demand dictate that the price is going to move. In the last few years, we’ve lost a lot of underwriters.”

M&A activity isn’t slowing down, he observes. He points to Chubb’s stated interest in acquiring The Hartford (Chubb has since announced it will be halting its efforts to make a deal with The Hartford). And then there’s Intact Financial Corporation’s recent acquisition of RSA Canada’s parent company, completed on June 1.

Making the hard market worse, the D&O line was performing so poorly for many insurers, they’ve walked away from writing it, Aujla reported. A number of Llyod’s of London syndicates have stopped, as has Allianz, and AXA XL said it is withdrawing from the London market.

“If we look at OSFI results in Canada, we’re seeing, I would say, the dominant D&O insurers continue to yield poor results in the D&O space,” Aujla said.

Furthermore, economic conditions are bad, so regulators are paying closer attention to industry classes. “Certainly, in Alberta, we’re very familiar with that — many pipeline projects have been cancelled, or are on hold,” Aujla said in an interview. “These are incredibly large capital projects with a lot of money required to fulfill those obligations. And if they disappear, that has consequences.”