A law clerk “screw-up” is not an “extraordinary circumstance” that would allow an injured driver to circumvent the time limits for producing expert witnesses and documents in an auto accident benefits arbitration, an Ontario court has ruled. 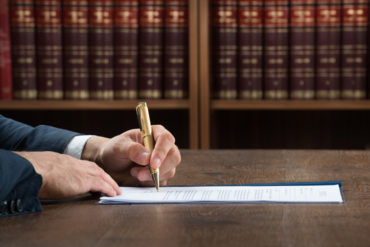 Margaret Cyr and her lawyers, Sokoloff Lawyers, requested that the court overturn an arbitrator’s decision to exclude all documents and expert witness testimony at an income replacement benefits (IRB) hearing because they were submitted to the insurer’s counsel after the 30-day notice period in Ontario’s Dispute Resolution Practice Code.

The arbitrator’s decision essentially granted the request of State Farm Mutual Insurance Company to exclude all evidence and testimony at the IRB hearing, save that of Cyr’s own testimony. On the basis of Cyr’s testimony alone, the arbitrator found she was no longer eligible to receive IRB or medical expenses related to injuries she sustained in an auto accident in December 2008.

Cyr was injured in an auto collision on Dec. 6, 2008. She was 59 years old at the time and worked as a registered nurse at a long-term care facility in Whitby, Ont. She was the supervisor nurse for her assigned shift and had about 19 years of seniority. The accident was severe enough that State Farm considered Cyr’s car to be irreparable and paid her for the value of her car.

State Farm denied Cyr’s post-104-week IRB claim in March 2011. It also denied her claims for the cost of treatment plans and examinations between March 2009 and June 2011. When her appeal came before an arbitrator, State Farm sought to exclude her documented evidence and expert witnesses because these were filed after the 30-day notice period.

“In his May 20, 2016 decision, Director’s Delegate [Lawrence] Blackman ultimately agreed with State Farm that allowing the appeal would render the time limits set out in the Code virtually meaningless,” the Ontario court summarized. “Moreover, he expressed great concern that it would set a precedent of allowing late service and notice ‘that would ultimately be especially detrimental to injured persons when on the receiving end of late delivery, thereby undermining the intended consumer protection of this process.’”

Cyr and her lawyers appealed the arbitrator’s decision to Ontario Divisional Court, saying that the arbitrator was denying her procedural fairness by ruling against her repeated requests to file an affidavit that explained the “extraordinary circumstances” of why her documents were late.

Cyr told the Ontario court that “the delay in providing the documents was due to her lawyers’ mistaken belief that a clerk at Sokoloff Lawyers had sent materials as instructed, when he or she had not,” the Ontario court observed. “We were told that clerk’s employment was later terminated.”

Be that as it may, the court ruled, Sokoloff Lawyers found this out well before the 30-day notice period had expired, and yet the law firm still submitted the materials after the filing deadline. “Counsel for Ms. Cyr at the arbitration stated that Sokoloff Lawyers had become aware of this mistake in late November or early December 2014, which was still more than 30 days before the Dec. 22, 2014 filing deadline.”

Ultimately, the Ontario court upheld the arbitrator’s decision noting that Cyr and her lawyers never did file the affidavit explaining the reason. The arbitrator had asked her for legal authorities in support of her appeal of “extraordinary circumstances,” but she had not provided it. But the arbitrator didn’t need the affidavit in any case, in part because he relied on the email chain explaining the circumstances in his decision.

“We agree with the Director’s Delegate that an affidavit would not have made a difference,” the court found. “This is particularly so given Ms. Cyr’s counsel’s acknowledgement that they knew about the non-service of the required documents some time before the 30-day filing deadline and yet still submitted her documents late.”