Are young industry pros being set up to fail? 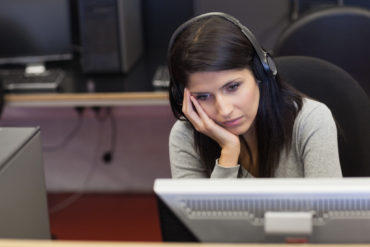 Young insurance professionals are being put in senior positions despite not having enough experience and it risks putting the industry in a perilous position, warns one veteran award-winning broker. Complicating matters further, she says, the industry across the board has to do a better job of offering opportunities for young insurance professionals to educate themselves.

With an aging demographic exiting the business, nothing can replace experience, said Monica Wolding, recent winner of the CIP Society’s National Leadership Award. “The younger generation hasn’t got the experience [yet],” said Woldring, who has been working in insurance for 50 years. “I’m not complaining, but the companies don’t have the wise old white heads [for young people] to go to and say, ‘Hey, I’ve never seen this problem before. How do I fix it?’”

The younger generation isn’t to blame, she emphasized. It’s just a reality of the situation with the old guard retiring. Consider the current hard market, the first to hit the industry since the early 2000s. “How many people have joined our industry since 2001?” she told Canadian Underwriter. “They’ve never seen a hard market before.” Her point being that today’s insurance professionals simply haven’t had a lot of time to amass any sort of institutional knowledge.

As Baby Boomers exit the P&C industry, young people are moving up the ranks faster to fill the void. But Woldring cautioned about doing this too quickly. “The reality is, younger people are cheaper. And there’s nothing wrong with being young. We all were at one point. But I think we need to let people simmer longer,” she said.

Woldring was speaking personally and not as a representative of her brokerage. Canadian Underwriter reached out to her after she won the award to ask her about the state of the broker business today. A broker by day, she also teaches through the Insurance Institute of Canada. She highlighted education as an essential way to bridge the knowledge gap, but it needs to be taken more seriously by everyone in the industry, she added.

“There are a lot of people doing all their continuing education online, which is all well and good, but are they actually there for the whole time?” she wondered. “Or do they turn it on and then, if there is no interaction, walk away?”

Woldring recalled a recent webinar she hosted with a carrier that had more than 1,000 people in attendance. She invited anyone who needed additional information to get in touch. Only two people did. “Does that mean that the others felt that I didn’t have anything else to give them?” Woldring asked. “That’s fine, but the reality is: How many of those 1,000 people actually heard what was said?”

Engagement is critical to the success of education, as Woldring notes. Are people actually taking an interest to learn during classes, or are they there just to get credits? “Continuing education is a great idea and I love it,” Woldring said, “but we have to make sure it does continue to educate rather than [brokers sitting] through a class because they have to sit through a class.”

8 Comments » for Are young industry pros being set up to fail?