Auto claimant awarded $200K despite court’s skepticism about his credibility

A B.C. fire dispatcher with pre-existing back pain was awarded $200,000 for his auto accident injuries, even though the Supreme Court of British Columbia also found that he was “not a reliable historian of his own condition or other events.” 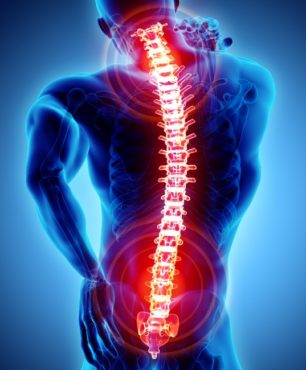 Notwithstanding the plaintiff’s lack of credibility, the court found in his favour because of the strength of the testimony of his medical experts and family members. Several medical experts testified that a 2014 car accident exacerbated a pre-existing lower back condition, leading to an unsuccessful disc surgery. However, the court disagreed with the plaintiff’s doctors that the pain had prevented him from working for an extended period after the accident.

The court ordered the defendant in the auto case to pay the plaintiff $100,000 for non-pecuniary damages (compensation for pain, suffering, loss of enjoyment of life and loss of amenities), in addition to $80,000 for costs of future care, and almost $20,000 in special damages.

Nicholas Brian Gee, the plaintiff in a B.C. personal injury case, was travelling with the right-of-way traffic on Brunette Avenue in Coquitlam, B.C., when the defendant, Peggy Bock, emerged onto Brunette Avenue from a stop at a stop sign on Blue Mountain Street. Bock thought she had a full dedicated lane to merge onto Brunette Avenue, but in fact her lane merged into Gee’s lane of travel.

Bock was travelling between 15 and 20 kilometers per hour when the front bumper of her work van hit the rear door area of Gee’s 1966 Chevrolet. The two of them pulled over into a nearby gas station to assess the damage. Her van sustained no damage.

Gee, who has not worked since the accident, sued Bock for past wage loss, loss of future earning capacity, cost of future care, special damages, and non-pecuniary damages.

Bock admitted liability for the accident. But she strongly contested both the extent of Gee’s injuries, as well as whether these injuries were the result of the car collision. Basically, Bock’s legal team argued that the degenerative condition in Gee’s back was a pre-existing medical condition, and not the result of the collision.

The court ruled otherwise, while at the same time finding that Gee was not a credible claimant.

“I have found that Mr. Gee’s pre-existing disc degeneration was exacerbated by the accident,” B.C. Supreme Court Justice Francesca Marzari wrote for the court. “But for the accident, Mr. Gee would not have experienced the level of pain that he did, and would not have proceeded with his disc surgery in 2016, which was ultimately unsuccessful.

“However, I also find that Mr. Gee has exaggerated the effects of both the accident and his inability to work both before his surgery and after he had recovered from the surgery.”

On the issue of credibility, the court noted how Gee had reported the damage to B.C.’s public insurer, the Insurance Corporation of B.C.

“The only photographic evidence of the damage to Mr. Gee’s car at trial were photographs taken at the ICBC claims centre 10 days after the accident,” Marzari wrote. “With respect to these photographs, Mr. Gee admits that he had exaggerated the appearance of the damage by removing all the paint from around the impact area, saying he does not know why he did this.”

Furthermore, Gee’s testimony that his injuries did not allow him to work as a dispatcher was not fully consistent with medical expert testimony on his own behalf, the judge noted.

“I find that Mr. Gee was not a reliable historian of his own condition or other events,” Marzari ruled. “He could not remember details of his other accidents [the judge observed that Gee had been involved in seven car accidents since 1983], including recently resolved ones. He exaggerated the force and extent of the damage to his vehicle not only to ICBC, but also to his medical experts (although apparently, none of them relied upon this information).”

What’s more, video footage dated in April 2017, three years after the accident and 10 months after his surgery, suggested he was fully capable of resuming his work, the judge observed.

“The video evidence was ultimately admitted by Mr. Gee without the necessity of calling the videographer,” the judge wrote. “It showed Mr. Gee actively working on numerous vehicles. The video depicts Mr. Gee [spending] a prolonged period of time under the hood of a truck in the exact bent-over position that he said was so painful…. It showed him repeatedly and somewhat vigorously washing a car. On a later date, the video showed him working in the yard, scooping up gravel with a shovel and rotating his body to deposit it.”

But in the end, the medical expert for the defence could not persuade the judge that Gee’s back pain was a spontaneous flare-up of his pre-existing back pain. The judge preferred the evidence given by one of Gee’s doctors instead.

“I accept Dr. Heran’s evidence that Mr. Gee’s lower back surgery after the accident related to a different location on his spine, and was required due to an event that exacerbated his underlying degenerative disc disease,” Marzari wrote. “I also accept Dr. Heran’s evidence that in the majority of patients, the pain symptoms experienced by Mr. Gee after the accident would not spontaneously occur as a result of his pre-existing disc problems, and that the accident triggered or caused the more significant pain that required medication, treatment, and ultimately led to the recommendation and performance of disc replacement surgery.”