Autonomous vehicles will “shrink” the auto insurance industry but could also increase liability risk for municipalities, speakers suggested at a recent conference in Toronto.

“Over time, this is going to transform mobility and what cities look like,” said Stephen Buckley, general manager of transportation services for the City of Toronto, of autonomous vehicles. “It’s going to impact on how we design, operate and maintain cities. It could increase municipal liability.” 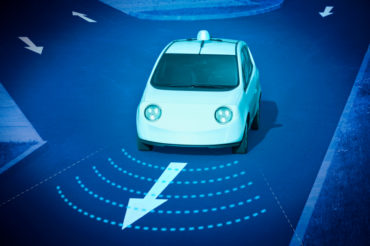 Buckley made his remarks April 30 during a panel discussion at the Insurance Telematics Canada conference in Toronto.

“I am skeptical of the fact that many of these products that are dependent upon government, particularly municipal government, as sort of a partner in this,” Buckley said during the panel, titled Multiple Data Sources – One Consumer. “They may be waiting a long time, because I think it is going to be challenging for us to get our collective act together at three levels of government. Government isn’t that nimble.”

There are two models for autonomous vehicles, Buckley suggested. One is the “incremental private model,” whereby manufacturers add new functions to vehicles. The other is the “robo taxi” model, he added.

“The reality is, we are probably going to end up in a world, over the next five to ten years, where we are going to have both, particularly in cities.”

Also speaking on the panel was Barrie Kirk, executive director of the Canadian Automated Vehicles Centre of Excellence.

“In terms of your industry, starting in 2020, there will be major disruption for a number of reasons,” Kirk said. “The industry will shrink.”

He added he hopes “that we can prevent 80% of the collisions, fatalities and injuries. That will certainly save the industry a lot of money. That means the payouts go down, it means the premiums go down.”

For municipalities there is a “whole host of impacts with revenue, to land uses, to parking, to parking enforcement and ticket revenue,” Buckley said. “I’d love to say I could prognosticate where this is going, but it seems, from a city standpoint, that cities will be far more supportive of benefits associated with a shared use model, the robo taxi model, than just sort of more privately owned cars.”

He added the introduction of autonomous vehicles will affect public transit.

“Some of the concerns we have are is that currently much of the conversation seems to be, at the higher levels of government, and it tends to be about trying to encourage economic development either by province or by city and it’s very oriented towards being permissive, and folks are sort of falling over themselves to see who could be the most permissive,” Buckley warned. “Our concern there is that while we don’t want to be the Luddites in the room, it will be difficult to bring things in if things start going in a different direction than we intended and having unintended consequences.”