As the COVID-19 pandemic extends into the fall and winter months, with cases continuing to rise throughout the country, it is critical that the industry’s leaders foster a culture of trust within their P&C organizations moving forward, an Aviva Canada executive told Canadian Underwriter recently.

In making his point, Danny Davies, chief people officer of Aviva Canada, said his company made it a priority at the outset of the pandemic to establish open, honest and transparent lines of communication with all of its employees — from front-line workers right up to the CEO.

The World Health Organization (WHO) declared the novel coronavirus to be a global pandemic on Mar. 11, 2020. Aviva Canada employees had a heads-up from its European and Asian counterparts about the seriousness of the situation, Davies said. “We’re quite fortunate as a business because we were able to [take advantage of] the experience of [businesses] in some of the other Aviva companies in other countries,” he said. “We were able to gain some really useful insights earlier on.”

Among these insights is the importance of fostering a climate of trust among employees. This is an essential ingredient in working from home successfully, as Davies told Canadian Underwriter.

“Right up front, [Aviva Canada CEO] Jason [Storah] and I spoke about our three core principles,” said Davies. “We set these principles out as the right thing to do.”

They included: Trusting everyone in the organization, taking a “health care plus” approach, and honest and transparent communication. 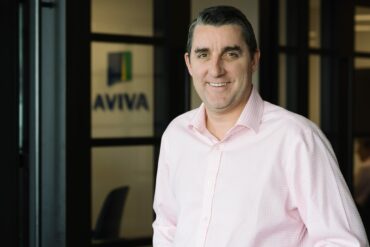 Trusting employees means assuming they will work from home to the best of their ability and get the work done.

The opposite of this would be to insist on contractual agreements that outline a required number of hours per week or emailing reminders about when a shift is about to start.

Davies said he and others in Aviva’s executive circle had heard that some organizations were arranging employment contracts in which employees were required to commit to working a set number of hours, be it 30 hours or any number of hours during the week.

“We were going nowhere near that,” Davies said of Aviva Canada’s approach from the outset. “We are fortunate to have brilliant, amazing people in our organization. We have to start with looking at what was going on (with our employees at home), whether it was tech, children, elderly relatives. With all of those things to consider, it was incredibly important that we started saying to our employees, ‘Please make sure that your home life is a stable home life. From that perspective, we appreciate anything that you can do for Aviva, our brokers and customers.’ This approach has worked brilliantly and we haven’t missed a beat in terms of productivity.”

As offices began to re-open during the pandemic, Aviva opened four offices. They were selected on the basis of whether the company felt it could deliver on its health care plus approach. “We only went with the four locations where we were the primary tenant,” Davies said. “We’re open now at only at those locations where we have the confidence that we can meet the Aviva standards. In some of those (other locations), we have chosen not to go back because, right now, we’re not sure we can get it to that ‘health care plus’ standard.” 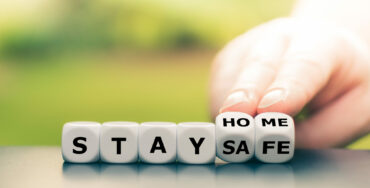 For those who choose to come back to the office (the company offers employees a choice; it is fine if people choose to remain working from home), there are temperature checks at the entrance, as well as hand sanitizers. Only two people are allowed on an elevator. The occupancy rate is kept at 20%, and every fifth chair is marked available for use. Office traffic is funnelled in one direction, and there is an upward stairwell and a downward stairwell. There is a deep clean every weekend. Only one person is allowed in the washroom at any one time.

“It’s incredibly reassuring in that environment,” Davies said. To prove it, Aviva posted a video online of what the setup looked like. The video got 20,000 hits in a week. “Which tells you that it’s not just Aviva people who are interested,” Davies said, “but there’s a societal interest in what going back to work is going to look like.”

Aviva started the pandemic by setting up open-mic, town hall-style of conference calls. Employees were encouraged to ask company executives anything they liked — including underwriting decisions, claims processes, consumer pandemic relief, vacations, and habits while working from home. Meanwhile, dogs barked in the background, and children were asking how to do their homework, all of which were treated as part of the new business as usual.

“Aviva started conducting quick weekly pulse surveys to understand how our people were coping,” Davies said. “We found that, that more than 90% of our people were feeling supported, with four out of five colleagues saying they felt their health and well-being was being supported by Aviva.”

Senior leadership answered questions candidly and honestly, Davies said. Calls were also set up for the organization’s people leaders, so they, too, could have their questions answered; also, they would be able to answer any questions from their team members. That avoided the scenario of having to escalate queries up to senior leaders for answers. Expertise of the front lines and middle management came together in working groups to solve particular issues.

The working groups proved effective, Davies said, because: “a) they were much quicker, and b) so much better. And c): What’s the point in having 4,200 really smart people [as Aviva employees] and then wind up making all of the decisions [at the executive level] in the first place?”