Aviva Canada has turned its financial results around over the past year, with a dramatic 7.1% drop in its combined ratio in the first half of 2019 compared to the same period last year. 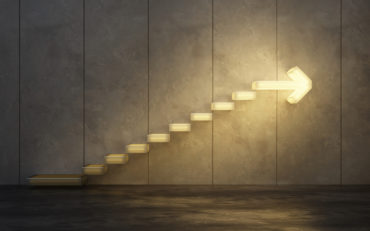 “There is no magic bullet to this, it’s a combination of a lot of activities,” Jason Storah, president and CEO of Aviva Canada, told Canadian Underwriter Thursday. “In the last 18 months, we have really focused on the fundamentals of our business — rigorous underwriting, technical pricing, [claims] management, and risk selection.”

There was also a bit of luck involved, Storah acknowledged. The second quarter of 2019 was a relatively quieter period for weather-related catastrophe losses than it was last year. Although, as Storah points out, 2019 Q1 Cat losses were definitely “not lucky.” Winter storms during the first quarter this year cost the industry a total of about $600 million.

On the auto side, Aviva Canada feels it is in much better shape with auto insurance rates now than it did a year ago at this time, Storah said.

“The two big auto regions for us are Ontario and Alberta,” he said. “Across all of our regions, we are in the process of rolling out new technical pricing models in auto, and property. [Last year, during the first half of 2018], we couldn’t get the rate through the regulator that we needed. We are now in a much better spot in Ontario since the beginning of the year from a rate perspective. We are still struggling, like everybody is, with the Alberta regulator. But we feel cautiously optimistic that there’s light at the end of the tunnel with the 5% cap and what is happening there.”

The industry is currently negotiating with Alberta’s new government to eliminate the 5% cap on auto rate increases in the province.

When auto rates were hard to obtain through regulators, Aviva drove more rate through its property business, Storah said.

“On the personal property side, I think the entire industry over the last 10-12 months has said, ‘You know, if we can’t get the rate on auto, we will try and get a little bit more on property.’ I think we’ve followed the industry from that perspective. Our results overall are healthy.”

Overall in personal lines, Aviva Canada reported first-half net written premiums in 2019 of £1.018 billion (about CAN$1.6 billion), with a COR of 96.8%. That’s 10.5% improvement of its COR in personal lines since the same time last year.

In commercial lines, property claims losses have dogged Aviva Canada, much like they have the rest of the industry. The company’s commercial lines COR was 99.3% over the first half of this year, which is a slight uptick from its 97.8% COR in the commercial lines segment over the same period last year.

In terms of claims losses, “commercial property has been a disaster area for us and for other carriers over the past 12-18 months,” Storah said. “I feel good about the fact that, because we have been living with this problem for awhile, we have been very deliberate about some of the underwriting actions that we have taken in commercial property.

Where is Aviva Canada focusing its efforts on the commercial side?

“In the small commercial segment ($1,000 to $3,000 polices), we want brokers to be able to submit a policy application and quickly get an answer that’s not back-and-forth with a lot of questions and delays,” said Storah. “That’s our focus with our brokers on the really small business.

Aviva Canada’s selected targets for growth in the commercial mid-market segments include the contractors, wholesale and manufacturing segments.