Aviva Canada’s plan to decrease its exposure in Ontario auto

Aviva Canada is diversifying its portfolio of business to avoid exposure to deteriorating conditions in Ontario’s auto insurance market. 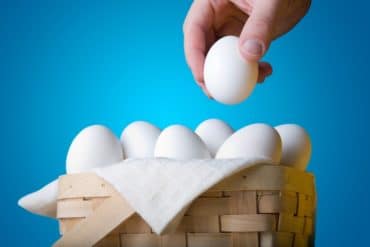 “So, what we’ve been looking at is, how do we diversify the business such that we are not exposed to a single product risk within Canada? So, we are looking to grow in our Global Corporate and our Specialty business. We’re also looking at what I call our home insurance business, and risk prevention and risk management.”

In addition, Aviva is looking to diversify its geographic spread of risk, seeking to grow in non-Ontario areas of the Canadian insurance marketplace.

“We’re actually very excited about the future and the opportunities that are out there, but it’s going to take a lot of hard work and some hard yards before we get there,” said Holmes.

The company cited higher claims counts, particularly in Ontario’s deteriorating auto insurance market, as a chief culprit in the losses. Elevated weather and natural catastrophe losses didn’t help, adding 2.2 percentage points to the company’s overall combined operating ratio of 104.6 per cent in the first half of the year. Ontario and Quebec saw two back-to-back weather catastrophes in April and May that led to a collective industry loss of roughly $600 million.

Aviva has applied an average 8 per cent rate increase in its personal lines book across Canada. In commercial lines, the average increase was 5-6%. But generally, auto physical damage and bodily injury claims inflation costs are escalating beyond the rates approved by regulation.

“Rate needs to match the [claims] inflation in the system,” Holmes said. “What we are doing is playing a level of catch-up; hence the reasons we generated the losses over the first half this year.”

Holmes said he was “greatly encouraged” that the rate taken thus far will be reflected in the earnings of the second half of 2018 (and more fully into the first half of 2019). “But no doubt we need more rate to make our business generate the kind of return that our shareholders would demand of any business.”

During the first quarter of this year, the industry’s ROE was 2.7, which the Insurance Bureau of Canada has stated is “absolutely dismal.”

Aviva Canada is also adjusting its claims process. The company said the bulk of its investment in claims is in data and analytics. “We’re deploying it for total loss, so you can determine total losses within hours instead of weeks, and we’ve employed new fraud tools based on analytics,” Holmes said.

Look for Aviva Canada to make some changes to how it manages claims in the future. The company is looking at its claims process in terms of mix of volume, notification of claims and digitizing the journey so the customer has much greater control over it.

In addition to using A.I. to improve claims handling, Aviva Canada is using technology to increase sophistication in its pricing models. And it’s not easy to talk about pricing in the auto market without touching on the subject of regulation.

Holmes said he is encouraged by discussion around regulatory reform. “We are working with government and the regulators on reform,” he told Canadian Underwriter. “The one thing that’s clear in Canada is that the nature of regulation at the moment does not serve the customer well. We need regulation to work in the interests of the customer; they [regulators] should promote product innovation and they should ensure the maximum amount of competition in the market. I think all of us agree that constantly increasing rates is not a long-term solution.”