Aviva ordered to pay $3.3 million in compensation to Catholic diocese

FREDERICTON – New Brunswick’s Court of Appeal has ordered an insurance company to pay over $3.3 million to the Catholic Diocese of Bathurst to cover the cost of compensation for decades of sexual abuse by priests.

In a ruling released Thursday, Justice Marc Richard says Aviva Insurance Company of Canada breached its contract when it denied coverage of claims resulting from a conciliation process set up by the diocese. 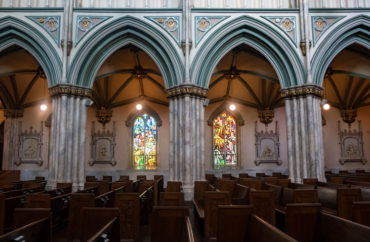 Richard says allowing an insurer to escape liability because the insured settled a claim rather than seeking a court judgment would encourage companies to deny coverage in such cases – a situation he says “must be prevented.”

He says the diocese acted reasonably in instituting an alternative dispute resolution process that would allow for its financial survival.

In his ruling, Richard says 83 victims participated in the conciliation process, with compensation paid to 50 people.

Twenty-six priests were identified as having committed sexual abuse, he wrote, with 19 identified in the conciliation process and another seven in separate court actions.

The diocese paid conciliation process participants a total of $4,284,000 and another group of victims who opted not to participate were paid a total of $2,879,179.

The diocese ultimately made a total claim for breach of contract totalling $3,358,264, which was the amount awarded by the Court of Appeal, with pre-judgment interest.