A collision repair centre in the Greater Toronto Area has lost its court bid to dismiss Aviva Canada’s $330,000 civil lawsuit against it.

The case arose from Aviva’s highly-publicized 2017 investigation into the auto collision industry, based on suspicion of fraudulent activity. The Ontario Superior Court’s decision means Aviva Canada’s lawsuit against McLaren Collision Centre may proceed to trial.

The lawsuit follows a sting operation conducted by Aviva Canada in 2017, when the insurer set up a numbered company that purchased two cars, a 2010 Ford Fusion and a 2016 Chrysler 200. Aviva intentionally damaged the cars; then it sent them out randomly to repair shops that had done past work for the company. The purpose of the sting operation was to test how the repairs would be conducted.

Following its investigation, Aviva Canada launched a civil lawsuit against McLaren, accusing the repair shop of making several misrepresentations to the insurer (among them, an appraisal that called for parts to be replaced that weren’t damaged; completing repairs that weren’t necessary; and deliberately damaging cars in the shop to require further repairs). 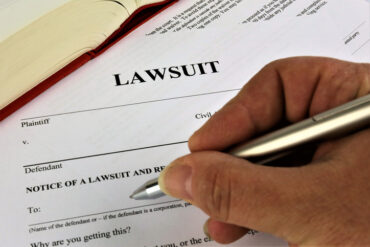 McLaren denies the allegations in Aviva’s statement of claim, and none of them have been proven in court.

The collision repairer asked the Ontario Superior Court of Justice to throw out Aviva’s case before it reached trial. McLaren relied on a legal principle known as “ex turpi causa,” which is that a party — in this instance, Aviva — cannot rely on its own wrongdoing to ground a claim.

McLaren argued in court that by damaging the vehicles, Aviva committed “mischief” in breach of section 430(1) of the Criminal Code of Canada. Also, by initiating a fictitious claim through a staged accident, Aviva conducted a wilful act of fraud and misrepresentation, also warranting the application of ex turpi causa to this case.

On the point about mischief, the court noted it was important to establish who owned the vehicles that were damaged and sent for repair. The court found that the cars belonged to Aviva Canada, because they were purchased by a numbered company that was owned and established by the insurer. Since Aviva Canada owned the cars, it was not guilty of mischief for damaging its own property, the court found.

On McLaren’s second point — that Aviva’s fictitious insurance claim was itself a wilful act of fraud — the court said the nature of the immoral or illegal act underlying Aviva’s claim is disputed, so it should be resolved at trial (e.g. and not summarily dismissed).

“Importantly, in the case at hand, the criminal and immoral conduct as against [Aviva] by [McLaren] has only been alleged,” Ontario Superior Court Justice Lorne Sossin wrote for the court. “[Aviva’s] position is that its conduct was neither illegal nor immoral. It damaged its own vehicles and sent them out for repair. This is hardly immoral and was not illegal.”

McLaren further argued that S. 233 of Ontario’s Insurance Act voids any auto insurance claim — including Aviva’s own fictitious claim — that is based on misrepresentation or violation of policy conditions. Aviva could therefore not make a civil claim against McLaren based on an insurance claim that was void under law.

However, the court noted that the purpose of this section of the Insurance Act is to protect insurers against fraud committed by policyholders.

“This provision does not create a basis for finding an insurance company to have engaged in an illegal or immoral act by itself accepting a fictitious claim, nor have the defendants raised a case where such a finding under the Act has been made,” Sossin wrote. “I find that it is not plain and obvious that Aviva’s payment of the insurance claim in relation to the subject vehicles constitutes an illegal or immoral act capable of giving rise to the operation of ex turpi causa.”

Finally, McLaren said Aviva’s civil suit was an abuse of process because it amounted to civil entrapment.

The court also dismissed this line of argument, noting that such an argument required that some kind of “offence” had been proven in court, of which none had been established in this case.

In addition, Justice Sossin ruled, “I do not see how contracting with [McLaren] to repair the subject vehicles, or asking [defendant Michael Wetzel, the senior auto damage appraiser at the time] to appraise the repairs to the subject vehicles in the normal course of his employment, provided an opportunity for the defendants to engage in tortious [wrongful] conduct.”

For McLarens to argue entrapment successfully, the court found, the repair centre had to prove Aviva had gone beyond providing the mere opportunity to commit fraud, and had actually induced the fraud.

“I do not see how entrapment could arise in these circumstances,” Sossin wrote. “Aviva did set in motion the events which led to the opportunity for wrongful conduct by [the] defendants, but there is no allegation that Aviva provided the opportunity, much less induced or encouraged either defendant to engage in wrongful conduct. Rather, Aviva sought the services each defendant regularly provided.”