David Eby says the Insurance Corporation of B.C. lost $860 million for the first nine months of its fiscal year, $273 million higher than expected.

He says that puts the Crown corporation on track for a year-end loss of $1.18 billion, compounding the blow of last year’s $1.3 billion deficit. 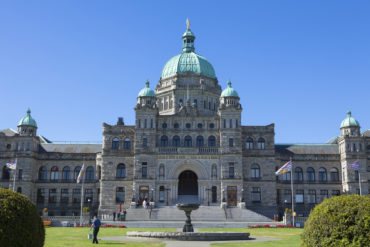 Eby says a key reason for ICBC’s worsening financial crisis is the escalating costs of settling personal injuries claims, which have jumped by 43 per cent over five years, and almost half of each litigated settlement is legal expenses.

Major reforms are kicking in on April 1 this year and are expected to save the public agency more than $1 billion a year, but Eby says recent financial results make it clear the government needs to do even more.

Eby says the government will have more details in the coming days on how it intends to respond to the escalating legal costs.

“Although ICBC’s financial challenges are significant, there should also be no doubt that ICBC remains a valuable public asset that provides important benefits for British Columbians,” he says in a news release.

“Our government’s job is to deliver affordable, high-quality auto insurance to British Columbians, and we will do so.”