A B.C. broker repeatedly in hot water for misapplying thousands of dollars worth of insurance premium funds over several years has had his Level 3 licence permanently revoked. 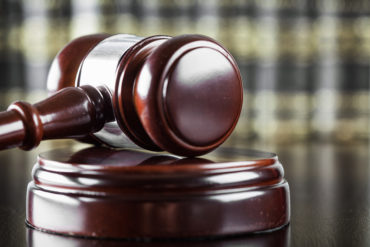 Fransen is permanently banned from holding a Level 3 license. Council held out the possibility of him applying for a Level 1 license in March 2019, subject to him meeting certain conditions. He would be eligible to try again for his Level 2 license two years after having a Level 1 license.

“The record illustrates that Mr. Fransen and STS have not been financially reliable,” the Insurance Council of B.C. found in its Jan. 3, 2019 order. “From the outset of the operation of that [STS] business he ran into financial difficulties and, in an effort to keep the business afloat and deal with his other financial and legal problems, he improperly used insurance premiums he received from insureds rather than remitting them to the insurers.

“This misconduct carried on for years. Far from being isolated in nature, it was common practice and resulted in multiple complaints and disciplinary proceedings and orders to and by Council.”

Fransen has held a general insurance license for 25 years and was the nominee of Sea to Sky Insurance Services since its inception in 2009. He has been the subject of three previous council disciplinary orders since May 21, 2015.

The first order in May 2015 required him to retain a Certified Professional Accountant [CPA] to audit his agency’s financial position, as well as submit a business plan to council showing how he would deal with “premium remittance deficiencies.” This followed complaints to council by multiple insurers that they were not receiving thousands of dollars worth of premiums collected by the agency.

In one example, in October 2013, an insurer received a cheque for $200,000 that bounced after insufficient funds. The insurer arranged a six-month payment plan with the agency, which honoured the payment plan. In another situation, an insurer set up Sea to Sky Insurance with agency billing on commercial lines in 2009, only to switch that to direct billing in January 2013 because of STS’s frequently late payments.

Council’s second order, in June 2015, suspended Sea to Sky’s licence because it had not hired the CPA, as required in the first order. Fransen appealed the decision, which was stayed by the Financial Services Tribunal.

Council’s third order in March 2018 suspended Fransen’s license yet again. Among the complaints that prompted the investigation was that he had collected $90,000 in premiums from clients that had not been placed in the insurer’s account. Other funds were placed into an account not controlled by a CPA, as required by the original order.

Fransen told council that his business had started off slowly in 2009, with little cash flow and high costs. Then he found himself having to defend a lawsuit. It was, as he described it to council, “a situation of robbing Peter to pay Paul” to keep his business afloat.