VICTORIA – The B.C. government has eased the eligibility requirements and extended the deadline for small and medium-sized businesses applying for funds under its $345-million pandemic recovery grant program.

Businesses with up to 149 employees must now show a 30 per cent drop in revenue in any one month between March 2020 and the time of application compared with the same time period during the year before.

The grant program previously required businesses to show a 70 per cent drop at some point during March or April last year, plus additional revenue losses of 30 to 50 per cent from May 2020 until their application.

The deadline for businesses to apply has been pushed back from the end of this month to Aug. 31, or until all the money has been spent.

Ravi Kahlon, the minister of jobs and economic recovery, said Thursday the province has been “nimble” with the program and the changes directly follow feedback from the business community. 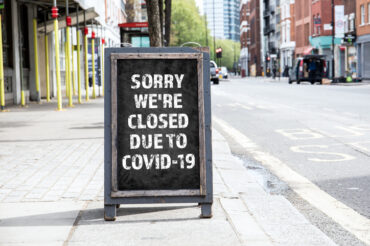 About $55 million has been distributed through the program so far and an influx of applications hasn’t slowed down, he said, though he couldn’t say how many more businesses may now apply given the latest changes.

“Certainly we have some businesses that have applied that weren’t able to get the funding because they didn’t meet (requirements), and now we’ll be able to call them and tell them that in fact they do have funding available.”

B.C. had previously eased the program’s eligibility rules last December, but a 70 per cent revenue drop last March or April was still required at the time.

Businesses may apply for grants ranging from $10,000 to $30,000, with additional funds available to tourism-related businesses, which Kahlon said represent just over half of applicants to the program so far.

Applications received previously will be reviewed under the new criteria.

In a statement, Liberal jobs critic Todd Stone urged the NDP government to eliminate the requirement that businesses must be at least 18 months old.

Kahlon said the rule stands and businesses that apply by the new deadline must have been operating since last March, “so essentially anyone that had a business when the pandemic started can apply for this grant.”

B.C. is also offering up to $2,000 to be paid directly to professional service providers for businesses that need help creating a required recovery plan.

Bridgitte Anderson, CEO of the Greater Vancouver Board of Trade, welcomed the changes, saying the program had been “rife with problems.”

Some small businesses have five employees or fewer and lack the ability to pull together a detailed application package while “trying to keep the lights on,” she said, so the deadline extension gives them breathing room.

Anderson said she expects more businesses to apply for help in the coming weeks, showing that the latest changes were necessary to eliminate barriers in the grant program for those “hanging on by a thread.”

A survey by the board of trade in January found that 62 per cent of responding businesses were still experiencing decreased sales due to the pandemic, with almost half predicting lower revenue for the next three to six months.

“While the picture is improving, and it is better for some industries than others, there are still lots of small and medium businesses that are struggling,” said Anderson, adding once a business closes, it’s unlikely to reopen.

– By Brenna Owen in Vancouver

This story was produced with the financial assistance of the Facebook and Canadian Press News Fellowship.

More News
Related
Saskatchewan restarts emergency grants for small businesses hit by COVID-19 rules
Nearly two-thirds of small businesses would use rapid testing of employees: survey
Are you offering insurance products that your clients want during the pandemic?