A bachelor’s guide to the right M&A fit 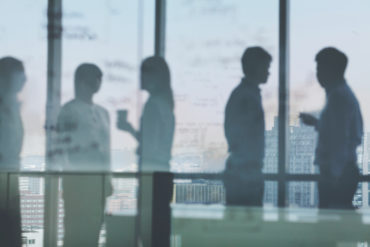 “Money is certainly one aspect of a merger, and there are a lot of [financing] options there,” Trisura president and CEO Michael George told Canadian Underwriter Thursday, adding that the matching of corporate cultures and reaction from staff are among the most important things to look at.

Also, brokerages take different approaches to achieve the same objectives, so it’s important to assess whether the cultures at each brokerage are compatible.

“I’ve seen brokerages that have producers getting percentages of what they bring in, an ‘eat-what-you-kill’ approach, whereas other brokerages have everybody on payroll, or everyone is salaried,” George says. “How do you bring those different approaches to the business together and make sure cultures are aligned? That’s the biggest thing.”

There is also the question of how a merged brokerage might deal with its expanded roster of insurance carriers.

As brokers expand as a result of a merger, they may start looking at the number of insurance companies on their roster, and that speaks to the importance of carriers having strong strategic relationships with the broker.

A larger broker, especially if it is influenced by operations outside of Canada, might start looking at reducing the number of carriers to whom it places coverage. “Otherwise, they have too many mouths to feed. So if a [merged brokerage] had 120 insurance companies on their roster, for example, it may say, ‘There is just no way we can afford all of those.’”

Therefore, it’s very important that the company be “on the right side of that acquisition, that we are in,” says George. That means remaining relevant to the brokerage, which means becoming more strategic and partnering with the brokerage.

“If we can sit down and talk strategy, trying to identify ways that we can build our businesses together, that can be very successful,” says George.

George says he has seen brokers take a more strategic view of its relationships with insurers over the past five to 10 years. Always customer-oriented in their approach, brokers have developed a keen business sense and this is reflected in the insurance markets with whom they choose to form partnerships.